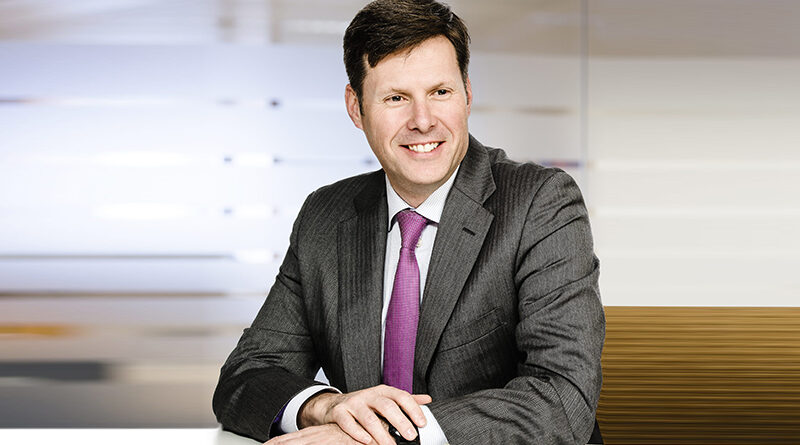 Commenting on Mr Wanblad’s appointment, Stuart Chambers, Chairman of Anglo American, said:  “Duncan Wanblad is the standout and natural successor to Mark Cutifani, bringing his 30 years of international mining experience and deep understanding of Anglo American, its culture and its context. In both executive and non-executive roles spanning most of Anglo American’s businesses, Duncan has been integral to shaping the strong competitive position of the company today. Following a rigorous global process to identify Mark’s successor, including those on our internal succession plan, the Board felt that Duncan is uniquely qualified to take Anglo American on the next phase of improvement and to deliver what is one of the industry’s leading growth stories. On behalf of the Board, we congratulate Duncan on his appointment as Chief Executive.”

Duncan Wanblad, age 54, was appointed Group Director – Strategy and Business Development in 2016, also serving as CEO of Anglo American’s Base Metals business from 2013 to 2019. He is a non-executive director of De Beers and Kumba Iron Ore, and chairs the Anglo American Foundation. Between 2009 and 2013, Duncan held the position of Group Director – Other Mining and Industrial, responsible for a global portfolio of mining and industrial businesses for disposal or turnaround to maximise shareholder value. He was appointed CEO of Anglo American’s Copper operations in 2008, prior to which he served as joint interim CEO of Anglo American Platinum from 2007 (having served on the board since 2004). From 2004 to 2007, Duncan was Executive Director of Projects and Engineering at Anglo American Platinum. Duncan began his career at Johannesburg Consolidated Investment Company in 1990. He holds a BSc in Mechanical Engineering and a GDE in Industrial Engineering, both from the University of Witwatersrand, South Africa.

Duncan Wanblad said of his appointment: “I am honoured that the Board has given me the opportunity to lead this great company and our wonderful colleagues around the world. Having started my career underground as a junior engineer, I have never lost sight of what it takes to produce the metals and minerals that are ever more vital to support our life on this planet. Our responsibility to do so safely and sustainably, including meeting our employees’ and stakeholders’ expectations of us, has never been greater. Through the way we work, the technologies we are deploying to drive us towards our sustainability goals, and the breadth of opportunities I can see, we are determined to live up to that promise.”

Paying tribute to Mark Cutifani’s leadership, Stuart Chambers added: “The Board’s appointment of Mark Cutifani was an inspired decision that has served Anglo American and all its stakeholders well over almost a decade. Beyond his unquestionable mining expertise, his personal qualities as a leader to inspire people towards an ambition are second to none. He has led his executive team with distinction through thick and thin to transform Anglo American’s performance and prospects, helping build a culture of self-belief and resilience. Mark’s legacy in the areas of safety, the power of engagement, and his vision for a very different and sustainable future for mining enabled through technology, deserve particular recognition. The Board is enormously grateful to Mark for his unerring commitment and all that he has achieved.”

Mark Cutifani added, reflecting on his tenure as Chief Executive: “There has been no greater privilege for me than leading Anglo American and our incredible people. Together, we have transformed our competitive position and led the way towards a very different future for mining – a safer, smarter future that delivers enduring value for all our stakeholders. By delivering our promises, we have established the credibility and capabilities that are the foundation for Anglo American’s next phase of growth. I can think of no better leader than Duncan to pick up the baton and pursue the many opportunities that lie ahead for our business.”

The key elements of the package are as follows:

Mark Cutifani will retire as chief executive and step down from the Board on 19 April 2022 and he has agreed to remain employed by Anglo American until 30 June 2022 to continue to support the transition. His remuneration arrangements on retiring will comprise a payment in lieu of unworked notice, good leaver treatment in respect of outstanding share awards and a pro-rated bonus payment in respect of time served to 30 June 2022, which will be paid fully in cash. Mr Cutifani’s oustanding LTIP awards will be pro-rated in respect of time served to 30 June 2022 and vest at the normal time, to the extent that the performance conditions have been satisfied. These arrangements are in line with Anglo American’s current remuneration policy and practice. Mr Cutifani will continue to receive his normal salary, pension and benefits up to the date of cessation of employment.

Following his retirement, Mr Cutifani will be expected to maintain a holding of Anglo American shares of four times his salary on cessation, for a period of two years.

New applications for platinum as a catalyst