The first half of 2022 has seen Anglo American Platinum largely mitigate the operational headwinds of Covid-19, global supply chain disruptions, managing electricity disruptions, as well as social and geopolitical complexities to deliver another strong financial performance.

This is coming from the prior period of record results when the company experienced record prices and processed and sold the majority of inventory built up during the ACP rebuild in 2020. Anglo American Platinum performance in the first half of this year represents more normalised levels of sales volumes and resulting EBITDA.

Total PGM production was down 4%, with the majority of own-mine assets performing better than in H1 2021. Mototolo and Unki both delivered 21% increases as a result of the successful implementation of concentrator debottlenecking projects. Amandelbult maintained production, despite mined-out areas leading to infrastructure closures at Tumela at the end of 2021.

Mogalakwena experienced several headwinds – unprecedented rainfall at the start of the year as well as Covid-19-related supply chain disruptions that led to delays in the delivery of drilling equipment. The business is also adjusting to longer haul distances as Anglo American Platinum, together with our local community, identified an area of cultural significance which resulted in diverting its waste dumping zone.

Despite these challenges, Anglo American Platinum is confident of improved performance in H2. There is a planned increase in the truck fleet to mitigate the longer haul distances; the company has access to higher-grade mining areas in line with the mine plan.

Anglo American Platinum see operational improvements through the Operating Model gaining maturity and the implementation of its P101 operational excellence programmes; as well as greater runtime on the North Concentrator due to maintenance brought forward into H1.

Natascha Viljoen, CEO of Anglo American Platinum, commented: “While PGM basket prices decreased in the first half, the realised price of $2,671 is the second-highest average price on record, illustrating the robust underlying market fundamentals for the suite of metals.

This contributed to another strong financial performance, with revenue of R86 billion, EBITDA of R43 billion, and an EBITDA mining margin of 59% achieved in the period. The 20% decrease in revenue and 32% decrease in EBITDA was a result of lower sales volumes compared to the prior period, mainly due to H1 2021 recording the benefit of increased refined production due to higher-than-normal work-in-progress inventory following the ACP Phase A rebuild.

This strong financial performance enabled Anglo American Platinum to continue to contribute to broader society, with a contribution of R71 billion in the first six months of 2022.

Our disciplined approach to capital allocation continues, taking into consideration the outlook for our operations and metals, sustaining capital requirements, returns to shareholders, and growth opportunities. 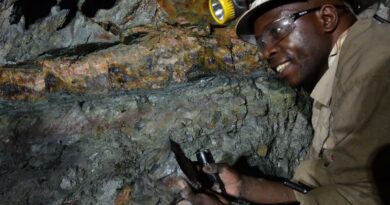 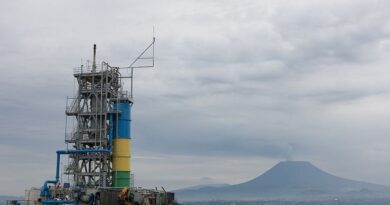 Without pro-trade reforms, Africa risks missing out on global growth