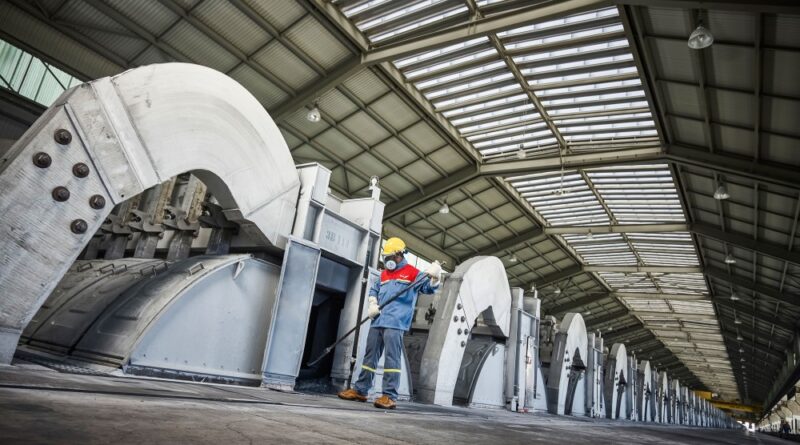 United Arab Emirates – Emirates Global Aluminium, the largest industrial company in the United Arab Emirates outside oil and gas, has completed a major periodic refurbishment of its Potline 3 at Al Taweelah, one of the longest and most productive potlines in the world.

The reduction cells (or ‘pots’) in which aluminium is smelted require re-lining after several years of production.

During the refurbishment of the 444 reduction cells in Potline 3, EGA installed steel collector bars with copper inserts, designed within the company to improve performance.

Copper is highly conductive of electricity. Its use in the collector bars reduces power consumption and unit greenhouse gas emissions, and enables increased productivity as the reduction cells can be run at a higher amperage.

As extra voltage becomes available in the power-supply system, this will also open opportunities to install additional pots in the same circuit.

Reduction cells elsewhere across EGA’s sites at Al Taweelah and Jebel Ali are also being upgraded as part of their potlines’ ongoing re-lining processes.

Abdulnasser Bin Kalban, EGA’s Chief Executive Officer, said: “Aluminium is one of the most essential materials needed to build a more sustainable future. At EGA, we are committed to finding every way to enhance the sustainability, energy efficiency and safety of our aluminium production process. We will leave no stone unturned and take every opportunity to make even small improvements like this.”

There were no injuries leading to time off work anywhere in EGA last year, and EGA’s overall incident rate was 66 per cent lower than the global industry average according to the most recent figures issues for 2019 by the International Aluminium Institute.

First commissioned in 2014, EGA’s Al Taweelah Potline 3 was built using the company’s UAE-developed DX+ technology, which is among the most efficient aluminium-smelting technologies in the world.

DX+ reduction cells are large, which makes them efficient to operate. Some 0.81 work hours are required to produce each tonne of aluminium using DX+ technology, compared to 1.33 work-hours required when using CD20, EGA’s oldest technology currently still in operation.

EGA has used its own technologies for every smelter expansion since the 1990s, including the development of the Al Taweelah smelter. The company’s older production lines have also been retrofitted with its homegrown technologies.

In 2016, EGA’s smelting technology, DX+ Ultra, became the first UAE-developed industrial core-process technology to be licensed internationally. The technology was used for the expansion of Aluminium Bahrain’s Potline 6, marking a milestone in the development of a UAE knowledge economy. 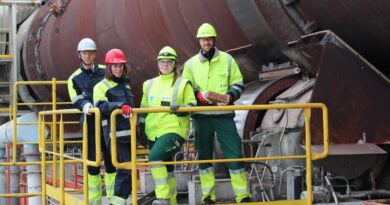