Eni has signed a series of agreements with the Arab Republic of Egypt, the Egyptian General Petroleum Corporation, the Egyptian Natural Gas Holding Company and the Spanish company Naturgy, which pave the way for the restart of the Damietta liquefaction plant in Egypt by the first quarter of 2021, the amicable settlement of the pending disputes of Union Fenosa Gas and SEGAS with EGAS and ARE and the subsequent corporate restructuring of Union Fenosa Gas itself, whose assets will be shared between the partners Eni and Naturgy.

Eni S.p.A. is an Italian multinational oil and gas company headquartered in Rome. Considered one of the seven “Supermajor” oil companies in the world, it has operations in 66 countries with a market capitalization of US$55.61 billion, as of 31 December 2019.

The liquefaction plant’s owner is the company SEGAS, which is 40% owned by Eni through Union Fenosa Gas, 50% Eni and 50% Naturgy. The plant has a capacity of 7.56 billion cubic meters per year, but has been idle since November 2012.

The operation, subject to the authorization of the European authorities and subject to the fulfilment of certain conditions precedent, allows to strengthen the presence of Eni in the Eastern Mediterranean, a key region for the supply of natural gas, an important resource for the energy transition. 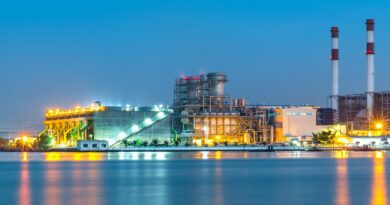