Exxaro and its directors report that headline earnings for the year ended 31 December 2020 are expected to decrease between 0% and 6% compared to the year ended 31 December 2019. This was mainly due to the accounting of non-controlling interest for the outside shareholders of Eyesizwe RF for the full year compared to only two months during the 2019 financial year, partially offset by better profitability from Exxaro’s own operations and higher income from the Company’s equity-accounted investments.

Attributable earnings for the year ended 31 December 2020 are expected to decrease between 35% and 21% compared to the year ended 31 December 2019. The financial results were influenced by various once-off items, such as the gain on the partial disposal of Tronox Holdings and the redemption of the membership interest in Tronox UK in the comparative year (+R2 335 million) and impairment charges (-R1 882 million) in the current year, partially offset by a gain on the deemed disposal of the previously held 50% equity interest in the Cennergi joint venture (+R1 321 million), during the current year.

Following the acquisition of the remaining 50% equity interest, Cennergi is now consolidated from 1 April 2020.

Exxaro is one of the largest South African based diversified resources companies, with interests in the coal, titanium dioxide, iron ore and energy. 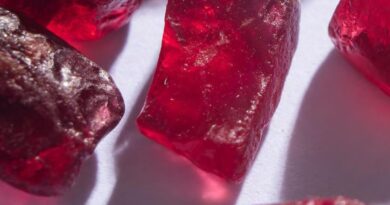