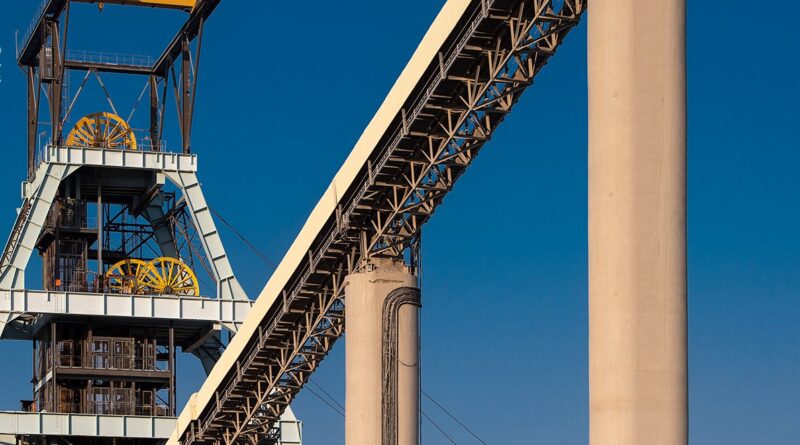 Three development stations on Shaft 1 have been completed on the 750-, 850-, and 950-metre levels. Underground development now is focused on completing the mine’s first ventilation raise, as well as the ore and waste-rock passes connecting the 750-metre level to the 950-metre level.

With the completion of the first blast on Platreef’s 950-metre level on April 22, 2022, Ivanplats has started lateral mine development towards the high-grade Flatreef orebody, which is approximately 450 metres from the 950-metre-level station.

The thick Flatreef orebody is flat lying, which is ideal for safe, bulk-scale, mechanized mining optimized for maximum ore extraction. Flatreef is characterized by its high-grade mineralization and a palladium-to-platinum ratio of approximately 1:1, which is considerably higher than other PGMs discoveries on the Northern Limb of the Bushveld.

Newly designed rock chutes on surface will connect the conveyors feeding the concentrator plant and the waste-rock area. The waste rock will be crushed and used as cemented backfill underground for maximum ore extraction, as well as for protection berms to contain storm water and to reduce noise emissions.

Early-works surface construction for Shaft 2, including the excavation of a surface box-cut to a depth of approximately 29 metres below surface and construction of the concrete hitch for the 103-metre-tall concrete headframe, has been completed. The Shaft 2 headframe construction, from the hitch to the collar level, is progressing well. Ten civil lifts are to be constructed in total, including a ventilation plenum and personnel access tunnel, with targeted completion in May 2022.

Kamoa-Kakula is the world’s fastest growing major copper mine. Kamoa-Kakula began producing copper concentrates in May 2021 and, through phased expansions, is positioned to become one of the world’s largest copper producers. Kamoa-Kakula is being powered by clean, renewable hydro-generated electricity and is projected to be among the world’s lowest greenhouse gas emitters per unit of metal produced.

Tongon gold mine produces gold at the top guidance