With the cost of green hydrogen set to plummet, demand will soar – but policy support and investment of at least US$600 billion is required. The global hydrogen market is expected to more than double from below 100 Mt today to 223 Mt by 2050. Low-carbon hydrogen will both displace existing fossil-intensive demand and create new markets. With a rapidly growing hydrogen project pipeline the burning questions right now are: how big can the market really get, and where are the hottest opportunities?

Global low-carbon hydrogen demand will increase from below 1Mt today to 223Mt by 2050. Energy security and net zero commitments will drive demand in many sectors such as power, steel, shipping and aviation. Right now, all eyes are on ammonia as the most promising industrial consumer of hydrogen, set to account for 48% of demand by 2025.

Ammonia has received strong policy support due to its versatility. It’s the largest consumer of hydrogen today, can be used as a hydrogen carrier and a shipping fuel, and can be co-fired in coal plants to decarbonise the power sector. The latter is particularly relevant in markets like APAC, given its traditional fossil-fuelled power and practical constraints on alternatives.

By 2036 power demand will overtake ammonia to become the primary demand sector to 2050, with nearly a third of total demand. Post 2030, hydrogen co-fired with natural gas will ramp up in Europe, bringing total power demand to 63 Mt by 2050.

50 Mtpa of hydrogen capacity has been announced to date. We expect the total pipeline to reach around 80 Mtpa in 2022. Green hydrogen dominates the current pipeline thanks to its optimal conditions to harness solar and wind. Post-2030, however, supply quickly ramps worldwide – China is poised to become the largest supplier in the late 2040s. The Middle East, North Africa, Canada, Chile and Brazil emerge as hydrogen exporters leveraging access to cheap renewables.

The un-risked hydrogen project pipeline points to a possible oversupply over the next 10-15 years, until demand matures sufficiently. But blending (and storing) excess volumes in natural gas infrastructure may offer something of a safety net for some project developers, albeit a low value one.

Blending up to 20% has been proven in controlled environments – going beyond remains uncertain. However, we are seeing midstream oil and gas players leveraging gas infrastructure in pilot projects as part of their energy transition strategies.

Stronger policy is needed to firm up hydrogen demand across multiple sectors. The volatility of the natural gas market due to the current Russia/Ukraine conflict has brought considerable uncertainty to blue hydrogen projects in Europe.

Green hydrogen, created from the electrolysis of water using renewable energy, claims a very small share of today’s global energy market. But cost reductions could be a gamechanger.

As manufacturing scales and becomes automated, electrolyser capex will fall 35-65% in the next decade, making sub US$2/kg green hydrogen achievable in most markets by 2040. Chile and Brazil lead at sub-US$1/kg with strong load factors and access to cheap solar and wind power.

However, substantial investments are required to accommodate the anticipated growth up to 2050. Developers will need to invest around US$100 billion to support supply growth up to 2030 and an additional US$500 billion by 2050. 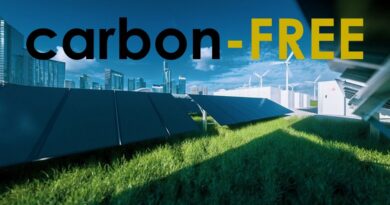 Electrification: essential to decarbonisation but with major challenges ahead