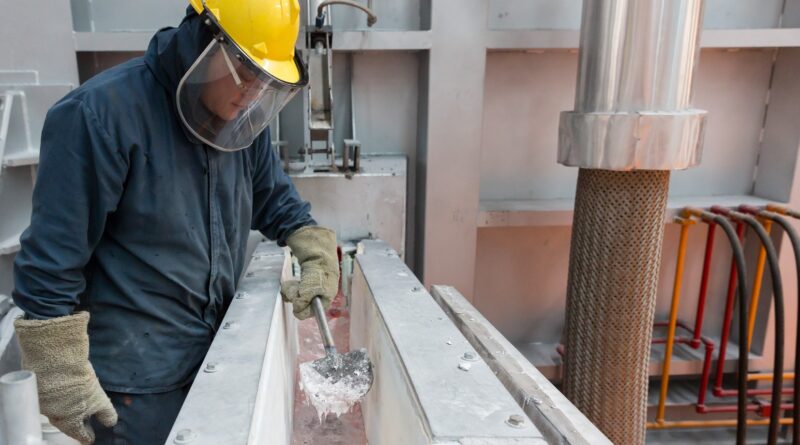 Few months ago, Elysis has successfully produced the first commercial batch of aluminium without any direct carbon dioxide emissions, using a breakthrough, carbon-free aluminium smelting technology. The metal, as already announced in the previous article, will be sold to Apple for use in its products. Elysis is working towards ramping up its process to a commercial scale, and this announcement marks a step in that process.

Main shareholders, Alcoa and Rio Tinto claim, the process is going to revolutionise the aluminium industry with an innovation that emits pure oxygen, eliminates all direct greenhouse gas (GHG) emissions and reduces operating costs when compared to the traditional smelting process.

Mineral Processing and Metallurgy (MiN-MET.com), however, cannot confirm that the process is entirely carbon-free as both companies keep the actual process-working under the veil of secrecy.

The patent-protected process is currently producing metal at the Alcoa Technical Center in Pennsylvania, USA, and has been operating at different scales since 2009.

Apple helped facilitate the collaboration between Alcoa and Rio Tinto on the carbon-free smelting process, and has agreed to provide technical support to the JV partners.

ELYSIS, which will be headquartered in Montreal with a research facility in Quebec’s Saguenay–Lac-Saint-Jean region, will develop and license the technology so it can be used to retrofit existing smelters or build new facilities.

Apple and the governments of Canada and Quebec are investors. Quebec also holds a small equity in the venture. It is the most significant innovation in the aluminium industry in more than a century.

The technology represents the culmination of decades’ worth of research and development. ELYSIS will have access to a host of patents and intellectual property.

So, is the Elysis process really carbon-free? Min-MET.com can say there is no such thing as “carbon-free aluminium.”

The batch that Apple just bought was made in Pittsburgh, not Quebec, so its electricity source is pretty un-green, 53 percent from coal. So Apple bought the first batch made in the Elysis process, but it is from coal and gas fired electricity.

But we are just at the prototype stage, so when it is made with hydropower in Quebec, it will be carbon-free, right?

If you read Alcoa/Rio Tinto/Elysis press releases carefully, they say “…Elysis has successfully produced the first commercial batch of aluminium without any direct carbon dioxide emissions…” and that’s where we have to tread carefully.

DIRECT carbon dioxide emission – means that only the process of electrolysis is clean, not the electricity used as well as the previous raw materials processing steps.

For aluminium to be carbon-free, it needs to be produced that way entirely – the whole production chain, which include bauxite mining, alumina refining and aluminium smelting, well, in this case aluminium electrolysis.

It is these pre-smelting steps that are a problem. In big mining operations close to the source, the bauxite is crushed and cooked in caustic soda, and alumina hydrate is precipitated out. What’s left is “red mud”, a toxic mix of water and chemicals that is often held in large ponds. All these processes require a lot of electricity and some fossil fuels. The electricity is usually produced from coal. So already, the final aluminium cannot be considered “carbon-free”.

The separated alumina hydrate is then cooked at above 1000°C to drive off the water, leaving anhydrous alumina crystals, the processed raw material that aluminium is made from. That (calcining) process takes a lot of energy which in turn produces a lot of CO2.

It takes about 2.5 megawatt-hours of electricity to make one tonne of alumina and a lot of the world’s best refineries draw that power from gas generators. The Australian example offers a fair guide to the greenhouse footprint of the industry globally. The AAC numbers show that in 2018 Australian alumina refineries released 13.7 million tonnes of direct carbon dioxide emissions and 14.5 million tonnes overall in producing 20 million tonnes of aluminium’s raw material.

So the conclusion is: “Until alumina arrives emissions-free, no one can claim to be selling greenhouse emissions-free aluminium.” For time being it’s just Apple’s public relations stunt.

Nevertheless this technology eliminates a considerable amount of carbon dioxide emissions during the entire aluminium production process and it is without a doubt an important step towards carbon-free economy.

For totally carbon-free aluminium, however, we will have to wait for another decade or more. For time being, aluminium recycling is also quite an enviro-friendly process and it should be maximised. 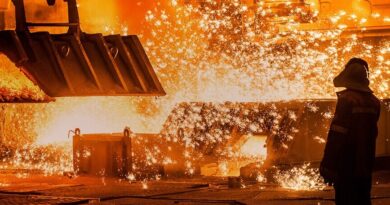