During the period, Jubilee further diversified its operations across metals and mining jurisdictions. Notably, the Company added copper and cobalt to its existing chrome and PGM operations. Jubilee has set a bold target of reaching 25 000 tonnes of copper units per annum, and as such has concluded several strategic agreements in this regard.

In Zambia, the Company is seeking to replicate the success of its PGM and Chrome operations, and this has been a significant period seeing rapid growth. Jubilee has already secured the rights to vast copper and cobalt tailings resources following its acquisition of the Sable Refinery, which are in addition to the rights that the Company holds over the Kabwe zinc, lead and vanadium tailings in Zambia.

Jubilee is targeting to establish the Sable Refinery as a multi metal refinery in Zambia on the back of its surface held tailings rights. In August 2019, Jubilee acquired the Sable Refinery from Glencore in Zambia and commenced with the commissioning of the copper refinery circuit in December 2019.

This was followed by three key transactions in Zambia, whereby Jubilee secured access to approximately 270 million tonnes of historical copper and cobalt tailings material, which will be upgraded and refined at the Sable Refinery as well as third party partnered refiners.

Jubilee is committed to rapidly building its copper production profile, ensuring it is perfectly poised to take a commanding role in the copper space in Zambia.

During the period Windsor PGM Operations reached full operational capacity and in November 2019, Jubilee concluded the acquisition of all rights to the historical PGM and chrome tailings at Inyoni Operations.

The chrome operations, which further enable the PGM business by firstly recovering the chrome from the ore to deliver a PGM rich feed stream to the PGM recovery plants, also excelled, producing 377 883 tonnes of chrome concentrate (increase of 108% on the previous period) thanks to Jubilee’s industry leading chrome recovery efficiencies.

This performance facilitated Jubilee’s ability to successfully contract third party run-of-mine chrome feed, coupled with secure offtake agreements for chrome concentrate, ensuring that the production capacity at its Windsor Chrome Operations will be fully utilised throughout the next three years, with the option to further extend the supply agreement.

This contract alone significantly increases Jubilee’s access to PGM rich chrome tailings which are in addition to the large tailing resources already owned by the Company. Post period end, Jubilee continued to expand its chrome operations with the addition of a further 35 000 tonnes of processing capacity through another joint operation agreement, whereby Jubilee takes control of the management of a previously underutilised chrome facility named Windsor 8.

Jubilee also entered into a further management and processing agreement, under which Jubilee has been appointed to manage and operate an additional chrome beneficiation plant adjacent to its Inyoni PGM operations.

This additional processing includes the processing of a minimum of 40 000 tonnes of chrome ore per month for a 3 year period, which may be extended. Under each of these agreements Jubilee retains ownership of the PGM containing discard from the chrome operations.

While the chrome operations, on their own, now form a notable profit contributing segment of the overall business and continue to grow, at the same time, they ensure a long term, ongoing and sustainable supply of additional high quality PGM rich feed material for the PGM operations, over and above the existing tailing resource already owned by the Company.

The continued growth in operations is further demonstrated by the unaudited operational results achieved for Q3 2020, producing record 15 044 6E PGM ounces and 136 162 tonnes of chrome concentrate for the 3 month period.

As has been evidenced, Jubilee’s South African business has matured substantially, with operations continuing to grow on the back of improved efficiencies and the full contribution of its Windsor PGM operations.

The Company has shifted its focus from rapid growth to sustained performance and quality earnings through extended longevity and the strong potential to grow organically, as well as through strategic partnering and acquisitions. 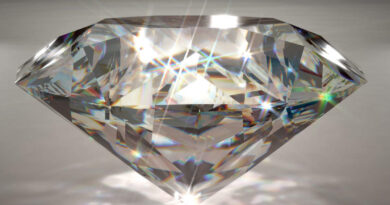 Global economy to shrink by 4.5% this year