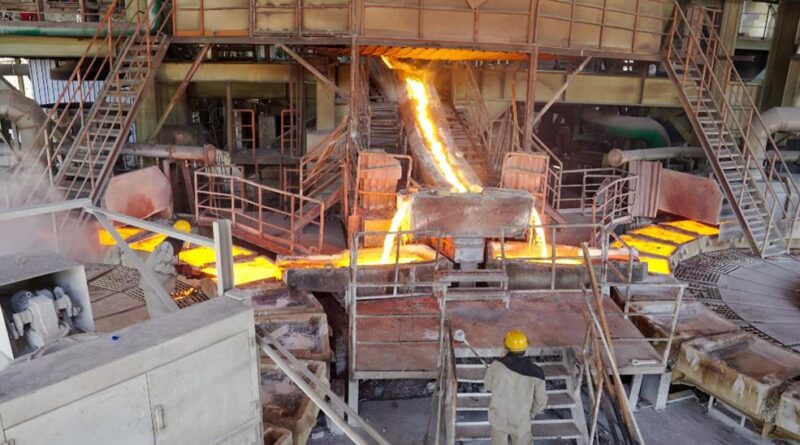 Study work for the Phase 3 mine and concentrator expansion is underway, which includes optimization work to determine mining production capacity and costs at the various mining areas on the Kamoa-Kakula complex, including expanded facilities at the Kansoko Mine, Kamoa North (including the Bonanza Zone) and Kakula West.

This work also will inform the optimal sizing of the Phase 3 concentrator, which was outlined as a further expansion of 3.8 Mtpa in the Kamoa-Kakula Integrated Development Plan announced in September 2020. In addition, the studies will take into consideration the plans to upgrade turbine 5 at the Inga II hydropower complex to provide 162 megawatts of renewable hydropower, as well as the construction of a direct-to-blister smelter.

Once the optimization work is completed, Kamoa Copper will advance into a more detailed phase of design and engineering work with its objective to accelerate the Phase 3 concentrator expansion.

Kakula is projected to be the world’s highest-grade major copper mine, with an initial mining rate of 3.8 Mtpa at an estimated, average feed grade of more than 6.0% copper over the first five years of operations, and 5.9% copper over the initial 10 years of operations. Phase 1 is expected to produce approximately 200,000 tonnes of copper per year, while the Phase 2 expansion is forecast to increase production to approximately 400,000 tonnes of copper annually. The project is on track to complete the Phase 2 expansion in Q3 2022. Based on independent benchmarking, the project’s phased expansion scenario to 19 Mtpa would position Kamoa-Kakula as the world’s second-largest copper mining complex, with peak annual copper production of more than 800,000 tonnes.

The Kamoa-Kakula Copper Project is a joint venture between Ivanhoe Mines (39.6%), Zijin Mining Group (39.6%), Crystal River Global Limited (0.8%) and the Government of the Democratic Republic of Congo (20%). A 2020 independent audit of Kamoa-Kakula’s greenhouse gas intensity metrics performed by Hatch Ltd. of Mississauga, Canada, confirmed that the project will be among the world’s lowest greenhouse gas emitters per unit of copper produced.

Hot commissioning of the backfill plant is proceeding well, with the first paste backfill delivered to the underground mining areas in August. The backfill plant will be used to mix tailings from the processing plant with cement to produce paste backfill. This backfill will be pumped back into the mine and used to help support mined-out areas. Approximately one half of the mine’s tailings will be sent back underground, significantly reducing the surface tailings storage.

Codelco copper production up by 5% despite infections