As previously announced MC Mining has secured a significant portion of the Makhado project funding package and continues to be in discussions with a number of parties to complete the balance of the funding package.

Uitkomst Colliery’s largest customer experienced equipment breakdowns in early February which resulted in a six week shutdown of its steel making plant. This significantly reduced its purchases of Uitkomst’s high value coal in both February and March and combined with the 9% decline in ROM coal production, this resulted in sales of Uitkomst higher-value coal being 17% lower than in the comparative period (53,512t vs. 64,264t). The colliery also sold 8,789t of high ash middlings coal during the quarter (FY2020 Q3: 8,678t).

These lower sales volumes led to elevated inventory levels and Uitkomst had 20,494t of saleable coal on hand at the end of the March quarter (FY2020 Q3: 12,316t; FY2021 Q2: 15,092t). Production at Uitkomst’s largest customer has subsequently normalised and the surplus inventory is expected to be sold during Q4 FY2021.

Average API4 coal prices were 15% higher in the quarter than in the comparative period in FY2020 ($91/t vs $79/t). The higher API4 price recorded during the quarter was offset by a change in sales mix, with sales of high value coal being proportionately lower compared to Q3 FY2020. 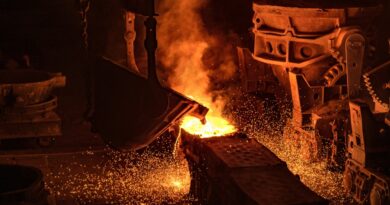 Exxaro reports 1H20 coal production down only by 1%