After years of the government putting the brakes on the amount of coal power generation plants newly proposed and permitted for construction, Chinese coal industry is trying to step on the gas again, according to a survey of coal plant development in China from 1 January to 15 June 2020, by Global Energy Monitor and the Centre for Research on Energy and Clean Air.

So far in 2020, the Chinese power industry has proposed 40.8 GW of new coal plants – an amount comparable to the entire coal fleet of South Africa (41.4 GW). Plans for new coal plants have steadily increased since 2019, after the central government began relaxing restrictions on new coal plant development.

More coal plants are also advancing in the permitting process. From January 1 to June 15 of this year, China permitted 17.0 GW of new coal-fired capacity for construction, more than the amount permitted in all of 2018 and 2019 combined (12.0 GW). Construction also began on 11.0 GW of new coal plants, indicating that the surge in new projects is happening mainly on paper, for now.

Even China’s state-owned holding company SDIC, which said in 2019 that it planned to exit the coal industry, sponsored 3.2 GW of new coal plants in 2020 – in what appears to be an unstated reversal in policy.

Nearly half (7.9 GW) of the 17.0 GW permitted in 2020 are reportedly to power long-distance transmission lines from coal and renewable power plants in the West to demand centres on the coast, meaning the remaining coal power will simply add to the country’s coal overcapacity crisis.

On June 18, 2020, six Chinese ministries including the National Development and Reform Commission and the National Energy Administration stated that coal plants should only be built as needed, with priority given to clean energy, imports, and flexibility.

The statement suggests the central government has taken note of the recent province-level boom in coal planning and permits and wants to rein it in, although no concrete action is proposed to limit the proposals beyond the traffic light policy, which already authorizes new coal plants in most of the country.

Outside of China, newly proposed coal power capacity is falling throughout much of the world. In

Southeast Asia, construction starts decreased 85% from 2016 to 2019, while capacity under development in South Asia has fallen by nearly three-fourths since 2015. Since 2017, India has commissioned more solar and wind power capacity than coal-fired.

Where new coal projects are still pursued globally, they are most often bankrolled by Chinese financiers, exposing the country to overcapacity risks elsewhere in the world, in addition to the massive overcapacity at home.

China’s increase in new coal plant development comes as the IPCC has found coal power needs to fall 80% by 2030 to keep global warming below 1.5°C.

China’s continued pursuit of new coal plants could put the IPCC target for reduced coal power out of reach, even if the rest of the world phased out all coal power by 2030. 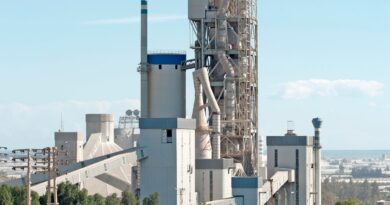 PPC ready to benefit from growing cement demand in Africa