On 10 July 2020, Pan African released its operational update for the year ended 30 June 2020, wherein shareholders were advised that an independent review had been completed on the feasibility study at Evander Mine’s Egoli Project.

The Egoli Project is a long life, low cost brownfield project that will capitalise on the Evander mine’s existing established infrastructure during its development and exploitation. This synergy has materially reduced Egoli’s upfront capital investment, when benchmarked against other development projects of similar scale, and contributed to its compelling and robust economic returns.

First gold is expected to be produced approximately 20 months after construction commences, with ramp up to steady state production over the following 16 months. Additional geological and operational upside exists when the Inferred Resources are accessed as underground development proceeds, potentially increasing LOM to 14 years.

Detailed project scheduling and planning is in progress and is expected to be completed in the first quarter of the 2021 financial year. Non-dilutive funding options are currently being explored following receipt of a number of financing offers from investors and institutions.

Funding is expected to be finalised in the second quarter of the 2021 financial year.

Egoli is expected to directly employ approximately 1,200 people, mainly from the local communities surrounding Evander and will provide additional economic and supplier development opportunities for this region of the Mpumalanga Province.

The project has strong Environmental Social & Governance credentials, as it is already fully licenced and empowered, the closure cost rehabiliation liability is fully funded and the Company intends to utilise the existing TSF at Evander for the project, resulting in there being no additional environmental footprint.

The Evander solar plant, which will be completed in the next year, is expected to also contribute to cost savings and reduced emissions at Evander’s operations. 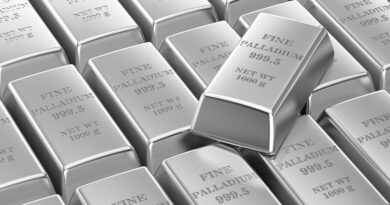