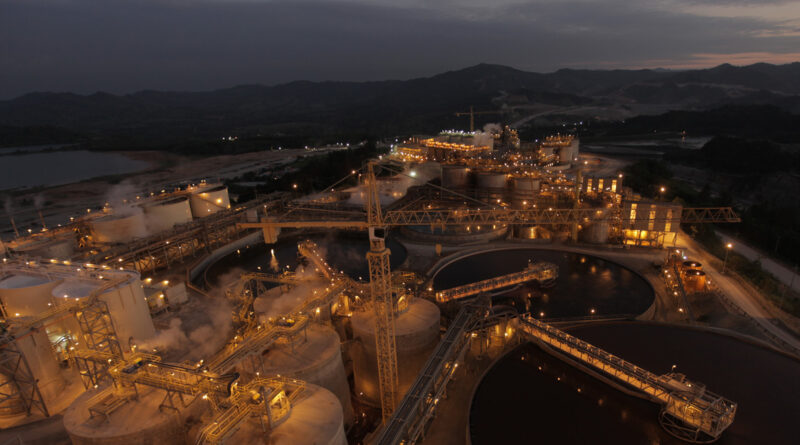 Toronto – Barrick Gold Corporation has announced that the Dominican Government had completed its strategic review of the location of the new Tailings Storage Facility (TSF) for the Pueblo Viejo mine. The new TSF forms part of the expansion project that is designed to extend the Tier One mine’s life to beyond 2040 and support annual production in excess of 800,000 ounces.

The Government, through their process, have identified a select number of alternatives for further assessment. At the same time, Barrick conducted its own alternatives assessment, completed by a multi-disciplinary team of external subject matter experts from various independent consulting companies. Several sites were initially identified and after various screening phases, which considered environmental, social, and technical factors, potentially feasible sites were identified for further evaluation.

The two separate assessments independently identified four alternative sites, of which two sites, located in the Sanchez Ramirez Province, would be put forward for further investigation.

Barrick president and chief executive Mark Bristow said that although these alternative sites existed as determined by the reviews, the final location and construction of the facility would be subject to the completion of an Environmental and Social Impact Assessment (ESIA) in accordance with Dominican Republic legislation and international standards. Once completed, the ESIA would be submitted to the Government for evaluation and final decision.

The ESIA will identify and implement mechanisms to mitigate potential environmental impacts as well as initiatives to improve the livelihoods of the communities. Barrick is committed to following international standards and will adhere to the Global Industry Standard on Tailings Management in terms of design, construction, operation, and closure of the tailings facility.

The new TSF would enable operations at Pueblo Viejo to continue beyond 2040. As a major creator of value for the Dominican Republic, the project will stop the decline in production, and will facilitate the continued payment of taxes, exportation, jobs, national and local purchases, and social benefits the mine brings to the country.

In 2021 the Tier One mine paid $527 million in direct and indirect taxes which brings total tax payments since 2013 to more than $3 billion.

“Our goal in the Dominican Republic, as elsewhere in the world, is to create long-term value for all our stakeholders through our strategy of sustainable development. Pueblo Viejo’s expansion project is expected to increase total direct and indirect taxes to over $9 billion from the beginning of commercial production in 2013 through to the extended life of mine beyond 20403,” Bristow said.

Pueblo Viejo is located in the Dominican Republic, approximately 100 kilometres northwest of the capital city of Santo Domingo and is operated by the Pueblo Viejo Dominicana Jersey 2 Limited – a joint venture between Barrick (60%) and Newmont (40%). Development of the Pueblo Viejo project started in 2009, with first production in 2012. The company’s workforce is 97% Dominican.

In 2020, the conversion of the mine’s Quisqueya 1 power plant to natural gas was successfully completed. This conversion from fuel oil to natural gas is expected to reduce greenhouse gas emissions by 30% and nitrogen oxide by 85%, further reducing Pueblo Viejo’s impact on the environment. An agribusiness project is also under development to further contribute to the local communities.