Global energy prices, which were already rising due to strong demand caused by the post-pandemic economic recovery, have surged to record highs and remain volatile following Russia’s invasion of Ukraine. Countries are now looking at ways to pivot away from reliance on Russia’s oil and gas as quickly as possible.

Many members of the European Union (EU) are particularly exposed, with in aggregate roughly 40 per cent of EU gas and 27 per cent of EU crude oil coming from Russia.

In response, the European Commission (EC) has announced its ‘REPowerEU: Joint European action for more affordable, secure and sustainable energy’ plan, stating that the case for a rapid clean-energy transition under the European Green Deal has never been stronger and clearer. Under the initiatives set out under RePowerEU, the EU believes that terminating its overdependence on fossil fuels from Russia can be achieved well before 2030.

Among other actions, REPowerEU calls for the creation of a ‘Hydrogen Accelerator’ to develop integrated infrastructure, storage facilities and port capacities. The EC estimates that, with the right investment, green hydrogen could replace between 25 and 50 billion cubic metres per year of imported Russian gas by 2030. This would require a doubling of the 5 million tonnes of green hydrogen production already targeted for 2030 under the European Green Deal, bringing the new target to 10 million tonnes. It is expected that the balance would come from imports of green hydrogen.

Last month, the UK government revealed its own ‘British Energy Security Strategy’, which is designed to wean Britain off expensive fossil fuels while achieving greater energy security in the long-term. Among other measures, the report includes strengthened targets for low-carbon hydrogen production capacity build-out, doubling the government’s target to 10 gigawatts by 2030, with at least half of this coming from green hydrogen. 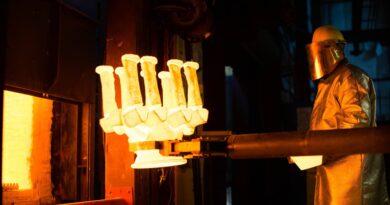