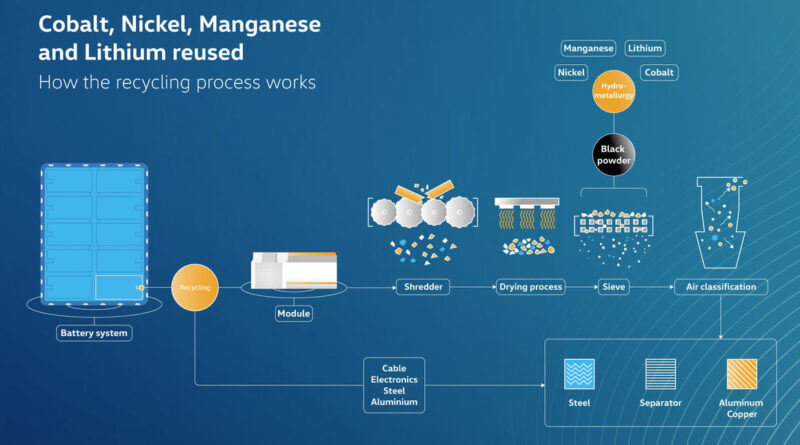 First, the returns will be analysed. After that, there are two paths: either the battery is given a so-called “second life” or it is recycled.

One possible second life for batteries is as a component for flexible charging stations. These are quick charging stations which can be operated autonomously, for example at festivals or large-scale events.

They work according to the principle of a power bank, which is familiar to most people from cell phones. Alternatively, the quick charging stations are equipped with power connections and thus provide e-drivers with a quick charging option on long trips along freeways and national highways. Batteries in a “second life” are ideally suited to all such applications.

Volkswagen Group Components is building a pilot plant for battery cell production at its plant in Germany, together with the “Center of Excellence” for batteries. In 2020, a pilot recycling plant has been set up in Salzgitter, northern Germany.

Batteries that are not given a second life will be recycled by the staff in Salzgitter. In this process, the individual battery parts will first be shredded, then the material will be dried and sieved, allowing the employees to extract the so-called “black powder.”

This contains the valuable raw materials of cobalt, lithium, manganese, and nickel. These materials then just have to be separated individually, after which they are available again for the production of new batteries.

The plant in Salzgitter starts as a pilot project, because the disposal and procurement of raw materials is always very expensive. The company would have to place large investments, both for procurement and for disposal of the raw materials.

“So we prefer to recycle it ourselves and qualify our employees to do this, especially since we expect large batch sizes in the future,” says Thomas Tiedje of the Center of Excellence.

The plant in Salzgitter is to be followed in the next few years by further decentralized recycling plants. Not only will they ensure a clean environment, they will also be interesting for economic reasons.

In the long term, a very ambitious goal has been set up: to recycle 97 percent of all raw materials. Today, it is 53 percent, and the plant in Salzgitter will bring this figure up to 72 percent. There is still some way to go before reaching the target of 97 percent.

Five things the world will need for a low-carbon future 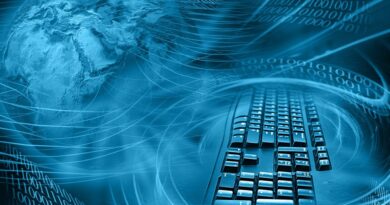 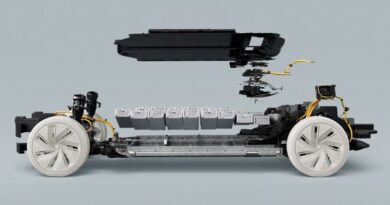