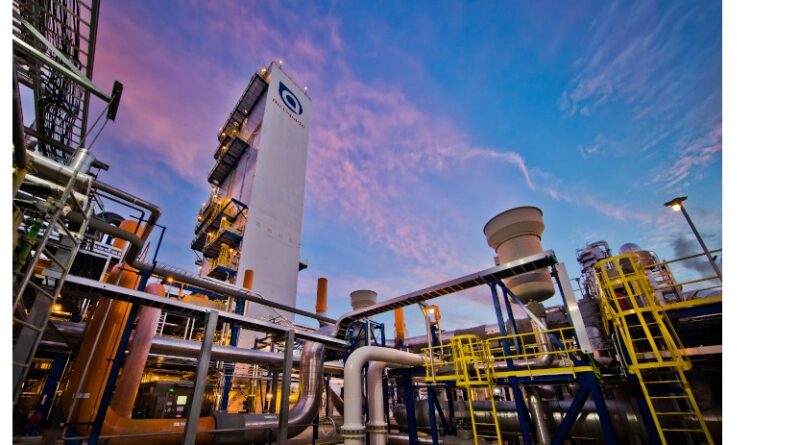 Sasol has announced that negotiations with Air Liquide have been concluded and a sale of business agreement has been entered into, under which SSA shall dispose of its air separation business located in Secunda, to Air Liquide subject to the suspensive conditions.

Air Liquide is a world leader in gases, technologies and related services, and operates in 80 countries with approximately 67 000 employees. Air Liquide has provided technical and engineering support to Sasol in Secunda since 1979.

DESCRIPTION OF THE BUSINESS

The Business comprises the sixteen air separation units (“ASUs”), and related assets with a combined capacity of up to 42 000 tons of oxygen per day, that provide oxygen for Sasol’s fuels and chemical production processes in Secunda.

The ASUs produce various other gases utilised at Secunda, and rare gases sold externally. Employees related to the Business will transfer to Air Liquide as part of the arrangement.

Subsequent to the transaction, Air Liquide will supply various gases to SSA’s operations under a long-term gas supply agreement with an initial term of 15 years. It is anticipated that Air Liquide’s expertise would allow, in coordination with Sasol, a targeted reduction in greenhouse gas (GHG) emissions associated with oxygen production over time.

In addition to the Sale Agreement and the Gas Supply Agreement, SSA and Air Liquide have also concluded various ancillary service, lease and like agreements. This includes an agreement for Sasol to sell key utilities to Air Liquide, to enable continuous gas production.

RATIONALE FOR THE TRANSACTION

This Transaction forms part of Sasol’s expanded and accelerated divestment programme announced on 17 March 2020. Sasol has identified the operation of the ASUs and associated business by a third-party expert as an opportunity to deliver upfront cash proceeds whilst also contributing to Sasol’s objectives of improved efficiency and decarbonisation at the Secunda site.

Air Liquide has significant expertise in operating industrial-scale ASUs worldwide and is expected to utilise this experience to deliver efficiency and reliability benefits for Sasol. Air Liquide will work closely with Sasol to continue to leverage Sasol’s broad expertise in site operations and optimally managing the integrated value chain.

As Air Liquide already owns the seventeenth ASU on the Secunda site, it is expected that ownership and operations of the full air separation fleet will provide further gains in operational efficiency. Improvements will be driven by a variety of factors including advanced application of technology and technical ability, and potential future capital investments by Air Liquide. It is expected that these improvements will position the ASUs for more efficient operations under a rapidly evolving future environmental landscape.

Air Liquide will collaborate with Sasol in the development of its overall sustainability roadmap at the Secunda site. Sasol will provide more details on this roadmap in the coming months.

Air Liquide will take full ownership and overall responsibility for managing the ASUs, including all future capital and operating requirements, to maintain the agreed quantity and quality of gases supplied to Sasol.

Total estimated capital expenditure of R8 to 12 billion would have been spent by Sasol over the next 15 years. The ASUs require significant capital to sustain reliable operations, as well as improved efficiencies to enable decarbonisation. This includes an extensive restoration and sustenance program to ensure the ability to supply the site in the longer term.

The value of the net assets of the business was R5,6 billion at 30 June 2020. As Sasol currently operates the ASUs internally, the only revenues which were made in relation to the business, related to external sales of rare gases (less than R100 million revenue per year).

Thungela expected to return to profitability in 2021, following loss in 2020