As expected, preliminary Q1 gold production was lower than Q4 2020 mainly due to mine sequencing at Carlin and Cortez as well as lower grades at Pueblo Viejo, in line with the mine and stockpile processing plan as the development of the expansion project advances.

Lower grades and production from Tongon, consistent with the updated extension of the mine life to 2023, were offset by higher grades at Loulo-Gounkoto. As previously guided, the Company’s gold production in the second half of 2021 is expected to be higher than the first half.

Preliminary Q1 2021 copper production was 22% lower than Q4 2020 as expected. Copper sales were 5% higher than the previous quarter as Lumwana sold a portion of its stockpiled concentrate. Barrick continues to expect the Company’s copper production in the second half of 2021 to be stronger than the first half, mainly driven by higher grades from Lumwana. Q1 copper cost of sales per pound is expected to be 1 to 3% higher and C1 cash costs per pound3 are expected to be in line with the prior quarter.

Copper all-in sustaining costs per pound are expected to be 6 to 8% lower than Q4 2020, largely due to the increased sales.

All amounts expressed in US dollars

Platinum is not just a catalyst 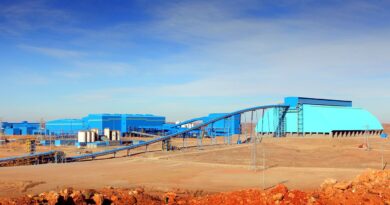