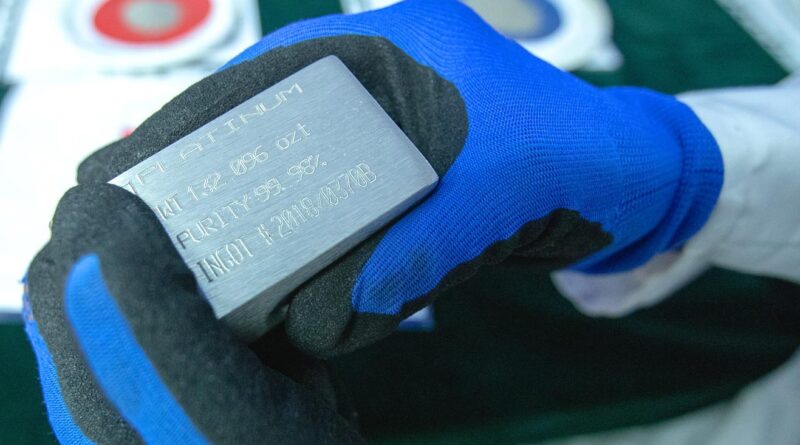 Tharisa in its operation update says total reef mined 1 419.7 kt, flat quarter on quarter. Stripping ratio increased 13.4% to 12.7 m3: m3 as the mine continues to enhance its in pit flexibility with the increased life of the open pit.

Tonnes milled were reduced as a consequence of secondary mill issues since resolved. H1 PGM production up 22.2% to 91.8 koz and down 7.5% at 44.1 koz QoQ due to lower milling and lower recoveries due to secondary mill by-passing.

H1 chrome production rose by 6.3% to 776.7 kt and fell almost 7% QoQ to 374.9 kt due to the lower milling and lower feed grade. Vulcan Plant ramp-up was slower than forecast, however reaching higher levels in March 2022, with the daily target output due to be reached within this quarter Zimbabwe update.

As previously announced, Tharisa has increased its shareholding in Karo Holdings to 66.3% and this was completed post quarter end. Implementation study at Karo Platinum is proving the robust economics of the first phase of the project while still presenting significant growth opportunities. Salene Chrome plant commissioning is underway, production due to commence in Q3 FY2022

The PGM market was driven by two forces, one structural, where demand for all metals remained strong, pushing prices up as the market absorbed potential inventory overhangs from the last 12 months, as the global pipeline for automobiles and computer chips grew, as economic activity was lifted. The second force, unfortunately, was driven by geopolitical events, that saw buyers ensuring access to metal supply due to uncertainty of supply from Russia. These concerns are warranted as the latest sanctions by the London Platinum and Palladium Market on certain refiners indicates the market will tighten, although demand from certain countries still trading with Russia is being met by that output, for now. Any operational shortfall by the major producing country, South Africa, will assist in the tight demand supply balance supporting prices and, unless there is a significant drop in economic activity, prices and the outlook for the next 24 months and the longer term remain firmly intact.

Higher chrome prices were in line with global trends for commodities. Strong demand was supported by lower pipeline inventories and increased consumption. Despite the continued logistical challenge, both inland and sea freight, Tharisa was able to deliver into its order book with inventory on hand at normal levels. Prices remain healthy but we are of the view there are too many headwinds to incentivise new production thus maintaining the current supply/demand balance, which at this stage, may be weighted to a slight deficit.