Performance in the first half of the year continued through the second half owing to increased demand from OEMs and Trident will report strong EBIT growth compared to the prior year.

The company reports that Trident Steel has secured new long-term awards with major OEMs. These awards bode well for the sustainability of the current business and provide growth opportunities into the future.

Aveng, Trident Steel’s holding company, reported positive headline earnings in its results for the six months ended 31 December 2020 which was its first profit reported since December 2014 and signalled an early but important step change in Aveng’s performance.

This was achieved within the context of the turnaround strategy and the ongoing effects of the COVID-19 pandemic.

The improved performance in the first half was largely attributable to the delivery of solid revenues, operating earnings and positive cash generation in both McConnell Dowell and Moolmans. The Group’s positive performance has continued into the second half of the financial year with improved revenue and earnings before interest and tax and whilst cash flow was negative, in line with plan for the second half, it remains strongly positive for both the full year and in comparison to the prior year. 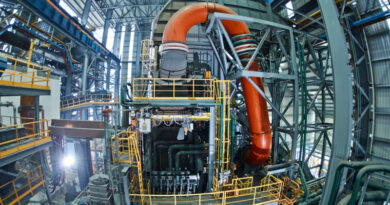