About 20 cargoes of US LNG are currently on their way to Europe, responding to soaring natural gas prices in the UK and EU that last month rose above $65 per million British Thermal Units. Alex Munton, Wood Mackenzie’s principal analyst for Americas LNG, says US exporters loaded about 100 cargoes last month. “US terminals are running red hot right now,” he says. “They are going as hard as they can.”

The arrival of additional US LNG will not end the pressure on European gas prices, which are being driven by a number of factors including the weather and concerns over supplies from Russia. But it does underline the emergence of the US as a leading player in the global LNG market, providing flexible supply that can be diverted to wherever prices are most attractive.

As gas prices in Europe have risen above prices in Asia, tankers have been diverted to take advantage. The Hellas Diana, for example, was reported to be near Hawaii, on its way from Texas to China, when it was turned round to go back through the Panama Canal and head for Europe.

Back in February last year, when LNG prices were higher in Japan and South Korea than in Europe, most US cargoes went to Asia. Now it is Europe that is the bigger draw. Over the past week, US LNG imports into Europe have averaged more than 250 million cubic metres per day, their highest level on record and equivalent to about 80% of total US LNG export capacity.

This year the US will become the world’s largest exporter of LNG, as new capacity comes on stream. The industry will also lay the foundations for future growth: construction of additional capacity is set to surge, with Cheniere Energy, Venture Global and possibly others expected to take final investment decisions on new projects after signing sales contracts last year. As Alex Munton puts it: “The LNG boom is back.”

Last month Australia, Qatar and the US were roughly neck-and-neck as the world’s three largest LNG exporters, according to Wood Mackenzie data, but the US is about to pull ahead of the others. The ramp-up of production at Cheniere’s Sabine Pass Train 6, which loaded its first cargo last month, and the imminent start of exports from Venture Global’s Calcasieu Pass project, mean that by the end of the year the US will be clearly established in first place.

The US has abundant gas supplies, a broadly favourable political and regulatory environment, and an experienced and capable construction industry, making it one of the most attractive locations to develop new export capacity.

Some of the factors that have led to sky-high global gas prices over the past year are transitory, caused by weather and temporary disruptions to supply, but many will last for years, including the shift in power generation away from coal in some countries. Europe, China and other markets will become increasingly reliant on imported gas, and relative prices look likely to be favourable for US exporters for a long time to come.

It is remarkable how quickly the US has emerged as an important gas supplier to the world. Cheniere took the final investment decision and started construction on Sabine Pass, the first of the new US LNG plants, in July 2012, less than ten years ago. Even in a world with much more widespread commitments to cutting greenhouse gas emissions as a medium-term and long-term goal, the momentum behind the growth of the US LNG industry remains strong. 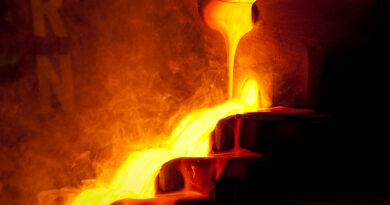 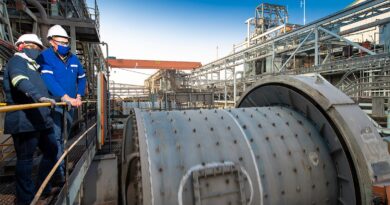