Anglo American has announced the demerger of its thermal coal operations in South Africa, subject to the approval of Anglo American’s shareholders on 5 May 2021.

The separation will be implemented through the transfer of Anglo American’s thermal coal operations in South Africa to a new holding company, Thungela Resources, the demerger of the Thungela shares to Anglo American shareholders and the primary listing of Thungela’s shares on the Johannesburg Stock Exchange and standard listing on the London Stock Exchange.

Mark Cutifani, Chief Executive of Anglo American, said: “Anglo American has been pursuing a responsible transition away from thermal coal for a number of years now. As the world transitions towards a low carbon economy, we must continue to act responsibly – bringing our employees, shareholders, host communities, host governments and customers along with us. Our proposed demerger of what are precious natural resources for South Africa, allows us to do exactly that.

“We are confident that Thungela will be a responsible steward of our thermal coal assets in South Africa, benefiting from an experienced and diverse management team and board. While representing just a small proportion of Anglo American today, we are laying the foundation for

South Africa’s leading coal business, setting it up for success to deliver value for all its stakeholders. Looking forward, we believe the prospects for long-term value delivery are greatest as two standalone businesses, each with their own strategy and access to capital.”

July Ndlovu, CEO of Thungela, said: “Thungela is a leading South African producer of high quality, low cost export thermal coal, well positioned to benefit from improved market conditions, and providing a reliable and affordable energy source to our customers mainly in developing economies. We have significantly repositioned and upgraded our portfolio in recent years into a highly competitive producer of export product, with established access to world-class export infrastructure.” 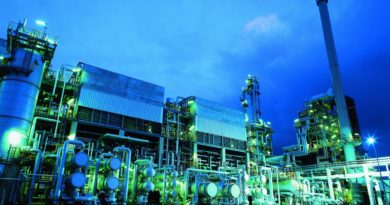