AngloGold Ashanti Ltd, in conjunction with its joint venture partner IGO Ltd, has announce that commercial production has been declared at the Boston Shaker underground mine at Tropicana in Western Australia.

Tropicana, located 330 kilometres east-northeast of Kalgoorlie, is managed by AngloGold Ashanti Australia (AGAA) with a 70% interest. IGO holds a 30% interest.

Development of the Boston Shaker mine was approved in March 2019, and the mine transitioned into commercial production this month on schedule, below the A$105.7 million (US$77 million) budget and importantly, with no recordable safety incidents.

Boston Shaker will deliver approximately 1.1 million tonnes of ore per annum at an estimated grade of 3.5 grams of gold/tonne, contributing approximately 100,000 ounces per annum to gold production over a seven-year mine life.

From commencement of the operation at Tropicana the mining strategy has been designed to optimize cash flow, NPV and the delivery of ore.

The Tropicana, Havana, Havana South and Boston Shaker open pits have been mined as a series of cutbacks, sequenced and scheduled to maximize value at a mining rate that delivers the best mining unit cost for the scale of the operation. Up until June 2020 ore production from the open pits exceeded the plant capacity, allowing higher grade ore to be preferentially treated (grade streaming) while lower grade ore was accumulated on stockpiles.

Over the course of H2 2019 and H1 2020 the Tropicana pit and Havana pit were completed, in line with the mine plan. As a result, grade streaming came to an end and stockpiled ore is currently being used to supplement the mill feed from the Havana South and Boston Shaker pits.

From 2022 onwards, annual gold production will normalize at between 450,000 – 500,000 oz as the low grade stockpile ore in the mill feed is displaced by a larger proportion of Boston Shaker underground ore and an increasing contribution of higher grade ore from the Havana pit, as the cutback progresses. 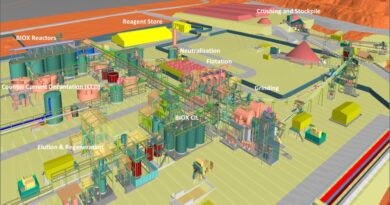 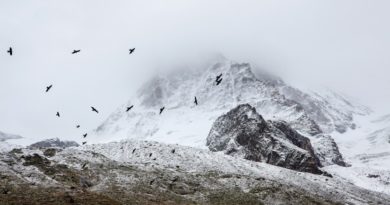