China National Coal Association has reported that China’s coal consumption is expected to continue rising in 2021 despite Beijing’s pledges to boost the use of clean energy and curb greenhouse gas emissions.

CNCA said “Central government has said it will continue to implement a proactive fiscal policy and a prudent monetary policy, and meanwhile offer the necessary supports for economic recovery. That would push up coal demand in 2021.”

CNCA also forecast China’s coal output would increase in 2021, with the launch of new and advanced coal capacity in major coal mining regions such as Shanxi, Shaanxi, Inner Mongolia and Xinjiang. But central Chinese regions such as Hunan and Jiangxi will continue shut down their out dated coal mines.

China, the world’s biggest coal consumer, saw overall consumption of the fossil fuel increase by 0.6% in 2020 from a year earlier to around 4.04 billion tonnes. China churned out 3.84 billion tonnes of coal in 2020, the most since 2015. Coal imports totalled 303.99 million tonnes last year, a record high.

Reuters reported that China cut its coal use to 56.8% of energy consumption at the end of 2020, maintaining its target of below 58%, but overall coal consumption continued to rise amid record industrial output and the completion of dozens of coal fired power plants. The rapid rollout of renewable-energy capacity and the growing use of natural gas has helped reduce the share of coal consumption from around 68 per cent over the last decade and 57.7% a year earlier, but overall coal use has not peaked.

China has pledged to halt the rise in its carbon emissions before 2030 with targets to control energy consumption, especially coal-burning, and improve energy efficiency. 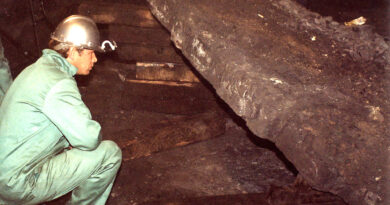