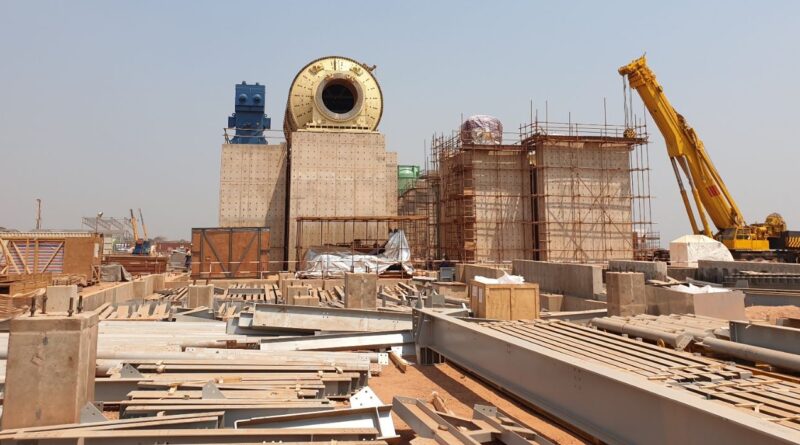 Engineering, procurement and construction of the second phase of the project, which will double the mine’s processing capacity from 3.8 Mtpa to 7.6 Mtpa, is well underway. The EPCM contract for the plant and associated surface infrastructure was awarded to China ENFI Engineering Corporation.

Orders for all long-lead equipment have been placed and procurement of additional equipment is underway. Contracts for earthworks and civil construction have been awarded and work in the milling and stockpile areas are advancing well. The contract for supply of structural steel also has been awarded.

DISCUSSIONS UNDERWAY FOR THE MARKETING OF KAKULA’S COPPER CONCENTRATES

Kamoa-Kakula is in detailed discussions with a number of parties with respect to the marketing and smelting of its copper concentrates. Kakula is expected to produce an extremely high grade and clean copper concentrate (containing over 55% copper) that will be highly coveted by copper smelters around the world.

At the end of December 2020, Kamoa-Kakula’s pre-production surface stockpiles contained approximately 1.52 million tonnes of high-grade and medium-grade ore at an estimated blended grade of 4.03% copper, containing more than 61,000 tonnes of copper.

Contained copper in the stockpiles increased by approximately 34,000 tonnes in Q4 2020, reflecting the mining in the ultra-high-grade centre of the Kakula Deposit.

Kamoa-Kakula is on track to have more than three million tonnes of high-grade and medium-grade ore stockpiled on surface, holding more than 125,000 tonnes of contained copper, prior to the planned start of processing in July 2021. The tonnes and grade contained on the stockpiles are not additive to the Mineral Resource or Mineral Reserve.