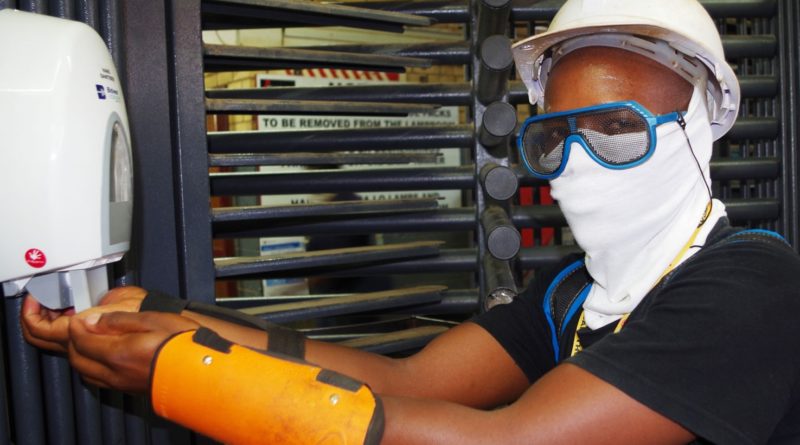 JOHANNESBURG, South Africa – Harmony Gold Mining Company in its operational performance for the nine months ended 31 March 2021 has delivered another strong set of operational results year-on-year on the back of the successful integration of Mponeng and related assets into its portfolio, and a stronger Rand per kilogram gold price.

The combination of a higher gold price received and improved EBITDA margin has resulted in strong cash generation and further strengthening of the Company’s balance sheet. Growing the Company’s  ounces and margins in a safe and capital-responsible manner will guide each of its decisions as it continues to invest in both its people and  its assets.

With a sturdy balance sheet and astute capital decisions, Harmony is well positioned for the next phase of its growth strategy. The Company has a pipeline of cash-enhancing projects which will boost its cash flow margins and sustain its production for many years to come.

In addition, the tier 1 Wafi-Golpu project offers both commodity and geographic diversification, further transforming Harmony’s portfolio as it focuses on becoming a lower risk and higher margin business.

Operating free cash flow margin increased from 13% in the previous comparable period to 18% for the reporting period on the back of:

The sequential increase year-on-year in production and free cash flow was largely due to the successful integration of Mponeng and related assets into its portfolio, as well as a higher R/kg gold price received.

At its Papua New Guinea operations, Hidden Valley was impacted by COVID-19 and geotechnical stability of the eastern wall of the stage 6 pit during the March 2021 quarter, which resulted in a decrease in the grade of the ore.

Production at the Hidden Valley mine in the June 2021 quarter will be impacted by major fixed plant maintenance and repairs with a mill re-lining taking place as well as a belt splice repair on the overland conveyor.

Harmony’s all-in sustaining cost (AISC) for the reporting period increased by almost 16% to R720 572/kg (US$1 416/oz) from R622 458/kg (US$1 298/oz). The primary drivers behind this increase were again royalties on the back of an increase in the Rand gold price and COVID-19 related costs, while the Company has also seen an increase in costs relating to safety as it continues on its safety  transformation journey. The Company’s safety costs were further impacted by the increase in steel prices as it maintains and continues to install safety steel netting at all of its mines to eliminate incidents due to seismicity and fall of ground. Target 1 experienced pillar failure and backfill dilution during the March 2021 quarter, which further weighed on the AISC for the reporting period.

As a result of the major repair work and fixed plant maintenance at Hidden Valley which occurred in the beginning of Q4 FY21, the Company feels it prudent to make a small adjustment to its production guidance to 1.50Moz to 1.55Moz from its previous production guidance of 1.56Moz to 1.6Moz for FY21.

Harmony takes control of the Mponeng and Mine Waste Solutions