A further 14 LNG terminals in 11 countries are reported to be in line for Japanese financial support.

Set into motion to enhance Japan’s energy security in the wake of the 2011 Fukushima nuclear disaster, Japan’s overseas LNG policy has attracted little scrutiny while gathering momentum, including two US$10 billion commitments in the past three years aimed at developing a network of LNG infrastructure on a global scale.

Yet the original rationale for the program – enhanced energy security – appears now to be fundamentally flawed, as the simultaneous shocks of the COVID-19 pandemic and the 2020 oil price crash reveal the vulnerability of global LNG supply chains.

As one official at Japan’s Ministry of Economy, Trade and Industry said in April this year: “It is highly unbalanced to depend for close to half of our energy on LNG alone.”

An official at a major Japanese trading house pointed to the acute vulnerability of LNG shipments to disruption: “A single infected person onboard a ship means that the entire crew needs to be tested and the ship needs to be sterilised, and it’s even possible that the ship will be barred from docking at an LNG terminal.”

From a climate perspective, contrary to industry’s promotion of gas as a climate friendly energy source, scientific research has steadily shifted toward a recognition that the global warming

Footprint of gas is significantly larger than once presumed; supply – chain leakage of methane reduces or negates any emissions advantage gas may have over coal.

From an economic perspective, rapidly declining costs of wind, solar, and battery power have rendered renewable energy with battery support a cheaper and more reliable source of power than imported gas.

In a November 2019 report the International Energy Agency projected that by 2040 offshore wind power alone has the potential to meet Japan’s total power demand by over ninefold.

Finally, in terms of fiscal prudence, Japan’s capital support for massive LNG projects appears highly questionable now, with tens of billions of dollars in projects delayed and at risk of being scrapped altogether, the victims of recession and oversupply in global gas markets. 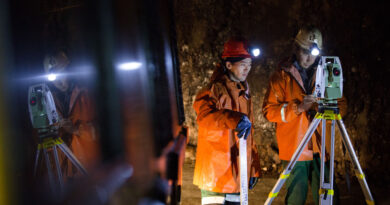