It is a common assumption that space is mostly empty. The universe may be punctuated by planets, stars and satellites, but between those things is there really only a vacuum?

It turns out that space isn’t nearly as empty as we might think. In fact, it’s littered with debris.

According to NASA, there are over 500,000 pieces of debris, or “space junk”, in Earth’s orbit alone.

And no matter whether they are man-made or natural, such pieces of junk, which travel at speeds of up to 28,000 kilometres per hour, have the potential to fatally damage spacecraft also in orbit.

NASA is particularly concerned about how this debris could impact the International Space Station and “other spacecraft with humans aboard”. “NASA takes the threat of collisions with space debris seriously,” said Nicholas Johnson, a NASA scientist who specialises in orbital debris. “The greatest risk to space missions comes from non-trackable debris.”

The space agency has a number of ways to avoid collision. Alongside the US Department of Defence, it maintains “a highly accurate satellite catalogue” on space debris on objects above a certain size. Satellites and spacecraft also have inbuilt emergency avoidance actions to “ensure the safety” of crew. But what else can be done about space debris?

The national aerospace agency of Japan (JAXA) may have the answer and it’s teamed up with an unlikely ally to develop it – Nitto Seimo, a fishing net maker. The company, who have been making fishing nets in Japan for over 100 years, have worked with JAXA to make what is described as an “electrodynamic tether”. The tether is made from strong steel mesh, which is where Nitto Seimo comes in.

Although the tether doesn’t resemble a fishing net – it is long and thin rather than capacious, as a traditional net might be – it does share some of the qualities of traditional fishing nets. The steel mesh of the tether is knitted together as a fishing net is, the same way that Nitto Seimo creates their nets.

And in many ways, the tether will act in a similar way to a fishing net, dragging and collecting pieces of junk together. JAXA wanted to pursue a mesh structure instead of using a single cable as it would be harder to break and wanted Nitto Seimo’s expertise in creating knotless net formations.

Once collected, the junk is “propelled” into the Earth’s atmosphere, where it burns up and is destroyed. However, where the mesh structure clearly differs from a fishing net is how it collects the debris – the tether operates by “harnessing the Earth’s electromagnetic forces” to slow the orbiting junk.

A spacecraft using the mesh, which trails behind, will have an “on-board electron emitter”, which produces electrons that are then collected by the un-insulated tether. It is these electrons that “charge” the mesh and allow it to create a significant electromagnetic field – slowing down the space junk. This propels it farther and farther down into a lower orbit, whereupon it enters the earth’s atmosphere and harmlessly burns up.

More work will still be required, even after it’s up and running. “The length of the tether at this time is 700 metres, but eventually it’s going to need to be 5,000 to 10,000 metre-long to slow down the targeted space junk,” said Nitto Seimo company engineer Katsuya Suzuki.

“If we’re successful in this trial, the next step will be another test attaching one tip of the tether to a targeted object.”

The net has been tested twice: the 2014 mission, and once in 2016, when it was sent with a spacecraft also taking supplies to the International Space Station.

JAXA hope to have a fully working model up and running by 2025. So, next time you see a shooting star, you might actually be looking at a safely destroyed piece of space junk. 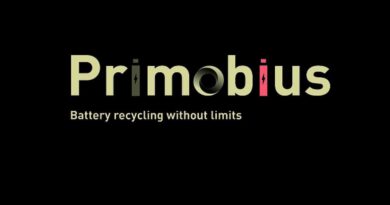 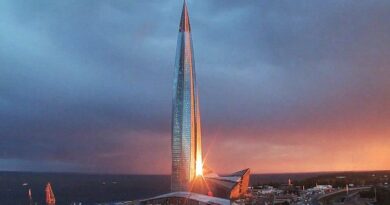 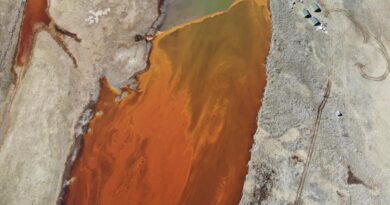 Norilsk Nickel ordered to pay US$1.9 billion for enviro damages