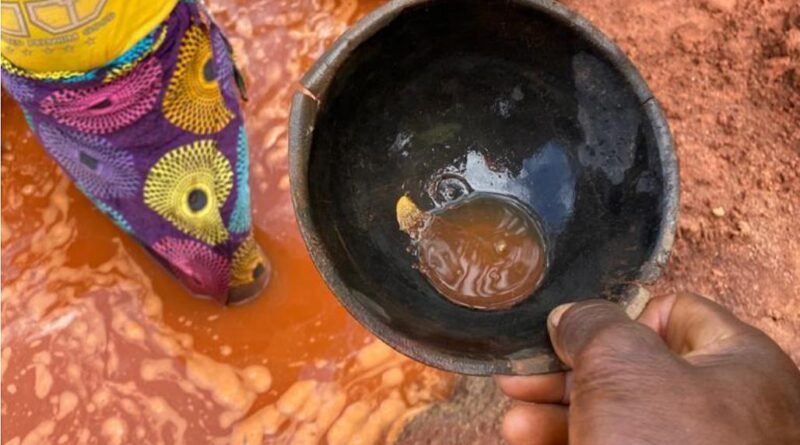 The Kada Gold Project is located in the central Siguiri Basin and it lies 36km along strike from and to the south of the 10Moz Siguiri Gold Mine operated by AngloGold Ashanti. The Company expects to double the Kada Gold Project area, following the lodgement of an application for a new exploration permit.

Golden Rim’s Burkina Faso Country Manager, Mr Richard Zongo, has completed a site visit to the Kada Gold Project. Of note, it has been confirmed that the area has only been subjected to minor artisanal mining.

Generally, the artisanal mining is contained to shallow pits of between 1m to 3m depth and as a result, the underlying Newmont gold resource, which extends approximately to a depth of 100m, remains largely intact.

A 450m diamond drilling program, as part of the Company’s due diligence investigations, is planned to commence within the next few weeks.

The Kada Gold Project is an advanced gold project, with the Kada Permit having previously been explored by Newmont. Newmont completed 33,857mof drilling (297 holes) and outlined a non-JORC gold resource. With infill drilling, Golden Rim believes it can calculate a maiden JORC Mineral Resource at the Kada Gold Project in the near-term.

There is considerable exploration upside at the Kada Gold Project. The gold mineralisation in the Newmont gold resource area remains open along strike and at depth. Approximately 90%of the gold-in-soil anomalies at the Kada Gold Project, including sample sites that have returned values up to 22,470ppb gold (22.5g/t gold), remain untested.

On 27 July 2020, the Company announced it had entered into a binding Heads of Agreement to acquire up to a 75% interest in Kada. The acquisition is subject to various conditions including completion of due diligence, execution of definitive documentation and approval of Golden Rim shareholders to issue consideration shares to the vendor.

Golden Rim Resources Limited is an ASX listed exploration company with a portfolio of advanced minerals projects in Burkina Faso and Guinea, West Africa and in Chile, South America.

The Company discovered and has outlined a 1.4Moz Mineral Resource at the Kouri Gold Project, located in north-east Burkina Faso. Kouri is currently Golden Rim’s flagship project and it covers 325km2 of highly prospective Birimian greenstones. As exploration progresses, significant additional gold mineralisation, including a high-grade gold shoot, has been discovered and the gold inventory at Kouri is expected to grow.

The Company recently announced an agreement to acquire the Kada Gold Project in eastern Guinea. Guinea remains one of the most under-explored countries in West Africa. Kada was previously explored by Newmont who completed 34km of drilling and defined a non-JORC gold resource.

With infill drilling Golden Rim believes a maiden JORC Mineral Resource can be defined at Kada in the near-term. In northern Chile, Golden Rim has the Paguanta Silver-Lead-Zinc-Copper Project.

Historically a silver mine, the Company has outlined a Mineral Resource comprising 6.8Moz silver, 74Mlb lead and 265Mlb zinc at Paguanta. The Mineral Resource remains open. In addition, the project has several exceptional porphyry-copper targets that remain untested. With Golden Rim’s focus on gold in West Africa, the Company is seeking to divest the project.