Many years of deferred maintenance and delays in the commissioning of new power stations Medupi and Kusile have ensured that South Africa runs an almost daily risk of being plunged into load shedding.

On Wednesday, Eskom announced that it would implement stage four load shedding for the first time since September 2020, caused by breakdowns of 15 087 MW and 1 273 MW being unavailable because of planned maintenance.

Coupled with higher peak demands in the early evenings in wintertime, the situation was this week dire with breakdowns of one unit at Medupi, two units at Duvha power stations on top of a delay in returning units at the Koeberg nuclear power station, as well as Kusile, Tutuka, Duvha and Kendal coal stations.
Eskom CEO André de Ruyter said that South Africa would have been in a far better position if Koeberg’s Unit 1 was back online

In another development, lawyers for Eskom have asked the High Court to scrap a “profoundly unlawful” R8 billion agreement with Econ Oil, saying the fuel oil supplier should not even have been allowed to submit a tender.

A surprise in first-quarter GDP figures is a signal of better things to come for the South African economy, with some economists revising their forecasts for the year.

Johann Els, chief economist of Old Mutual investment Group said he will be revising his outlook from 5% to 5.5%. Investec chief economist Annabel Bishop expects projections to be revised closer to 5%, if load shedding does not worsen. Investec had pencilled in annual growth of 3.9%.

Eskom has also noted with great concern the increase in electricity theft, especially in high density areas, which leads to the failure of our equipment. Eskom would like to warn the public against illegal connections, meter tampering and buying electricity from illegal syndicates as this leads to Distribution network overloading and damage to the public’s property and Eskom infrastructure.

The cold temperatures experienced around the country have led to more people using electricity recklessly, and putting our infrastructure under immense pressure. In many cases this results in transformer explosions and other infrastructure being damaged. Eskom loses billions of Rand in revenue every year from infrastructure failure caused by network overloading. 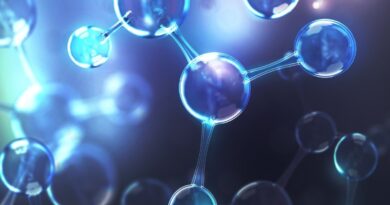