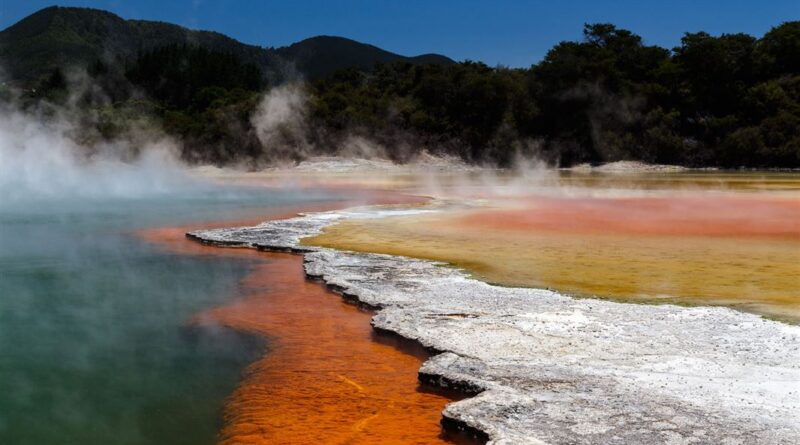 Magma beneath volcanoes releases gases that rise towards the surface. These gases are rich in metals. As the pressure drops, the gases separate into steam and brine. Most metals dissolved in the original magmatic gas become concentrated in the dense brine, which in turn gets trapped in porous rock. The less dense, and metal-depleted steam continues up to the surface, where it can form fumaroles, such as those seen at many active volcanoes.

Scientists at the University of Oxford have demonstrated that how it is possible to directly extract valuable metals from hot salty fluids, brines, trapped in porous rocks at depths of around 2km below dormant volcanoes.

They propose this radical green-mining approach to provide essential metals for a net zero future copper, gold, zinc, silver and lithium in a sustainable way. In a new paper, published today in Open Science, Oxford scientists, based at the Department of Earth Sciences, reveal how this trapped, subterranean brine is a potential ‘liquid ore’ containing a slew of valuable metals, including gold, copper and lithium, that could be exploited by extracting the fluids to the surface via deep wells.

Their models show that the brines potentially contain several million tonnes of copper. Copper is a key metal for making the transition to net zero, due to its importance in electricity generation and transmission, and electric vehicles. The paper also shows how geothermal power will be a significant by-product of a green-mining approach, meaning that operations at the well-head will be carbon-neutral.

Conventional mining extracts metals, such as copper, from deep pits or underground mines in the form of solid ores that then need to be crushed and processed. In the case of copper over 99% of the crushed rock is waste.

Such mines are environmentally impactful, very expensive to construct and decommission, produce huge tailings piles of waste rock, and are very energy-demanding and CO2-producing. The prospect of extracting metals in solution form from wells reduces the cost of mining and ore processing, plus exploits geothermal power to drive operations.

The research is part of an international effort (between the UK and Russia) that uses volcanology, hydrodynamic modelling, geochemistry, geophysics and high temperature experiments. The team has worked on drill core from a number of deep geothermal systems (in Japan, Italy, Montserrat, Indonesia, Mexico) to confirm their predictions of metal-rich brines.

The scientists say that geophysical surveys of volcanoes show that almost every active and dormant volcano hosts a potentially exploitable ‘lens’ of metal-rich brine. This means that metal exploration may not be limited to relatively few countries as it is currently (Chile, USA, Peru, China, DRC etc), owing to the ubiquity of volcanoes around the world.

The principal risks are technological. The process involves drilling into rock at 2 km depth and at temperatures of more than 450 °C. The extracted fluids are corrosive, which places limits on the types of drilling materials.

The extracted fluids tend to dump their metal load in the well-bore, a problem known as ‘scaling’ (a bit like limescale in a kettle). Preventing scale formation will require complex thinking about the dynamics of fluid flow and pressure-temperature control in the well-bore. Preventing well-bore corrosion will require developments in materials science to create resistive coatings.

According to the Oxford team, many of these challenges are already being addressed through deep, hot geothermal drilling projects. In some cases these projects have reached temperatures over 500 degrees Celsius; occasionally they have tapped into small pockets of molten rock, for example in Iceland and Hawaii.

Ensuring the fluids continue to flow into the well once drilled is a complex problem and the permeability and porosity of hot, ductile rock is a challenging field. The Oxford team has already patented an idea for fluid extraction.

They say that the risk of triggering volcanic eruptions is very small, but must be assessed. They are not planning to drill into magma itself, but into the hot rocks above the magma chamber, which greatly reduces the risk of encountering magma.

The scientists have spent the last five years ‘de-risking’ the concept, and are now ready to drill an exploratory well at a dormant volcano. This will clarify many of the risks and challenges described, and will herald a new advance in our understanding of volcanoes and their immense bounty of energy and metals.

They say a working ‘brine mine’ could be 5-15 years away, depending on how well the challenges can be addressed. 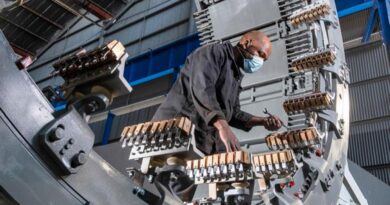 Platinum’s use in PEM electrolysers to reduce global CO2 emissions