SOREL-TRACY, Quebec – Rio Tinto has started producing spodumene concentrate, a mineral used in the production of lithium for batteries, at a demonstration plant in its Rio Tinto Iron and Titanium (RTIT) Quebec Operations in our metallurgical complex in Sorel-Tracy, Canada.

The plant will demonstrate at industrial scale a new spodumene concentration process that provides lithium oxide (Li20) grades and recoveries well above the industry average. The process was developed by researchers at Rio Tinto’s Critical Minerals and Technology Centre and tested on spodumene ore samples from various countries. It offers the environmental benefit of not using chemical products and generating only dry, inert residues.

RTIT Managing Director Stéphane Leblanc said: “Rio Tinto is exploring new, sustainable ways to extract battery materials for the energy transition. We are seeing strong interest in the market for a North American supply of spodumene concentrate to support production of lithium batteries. Our demonstration plant will allow us to further validate the innovative spodumene concentration process developed at our Critical Minerals and Technology Centre as we consider moving to commercial scale production.”

The demonstration plant was commissioned in June after successful laboratory testing of the new process and produced its first ton of spodumene concentrate in July 2022. It will test ore from various local suppliers including Sayona, an emerging lithium producer with projects in Québec and Western Australia.

Rio Tinto is committed to the battery materials sector and lithium’s role in a low carbon future. The company’s portfolio of lithium projects focuses on leading edge mining and processing technology to deliver environmentally sensitive solutions to the production of battery-grade lithium carbonate for electric vehicles.

In March 2022, Rio Tinto completed the acquisition of the Rincon lithium project, a large undeveloped lithium brine project located in the heart of the lithium triangle in Argentina. This long life, scaleable project has the potential to have one of the lowest carbon footprints in the industry. Rio Tinto also recovers battery-grade lithium from waste material using a breakthrough process at its Boron operations in California and owns the Jadar lithium-borate project in Serbia.

In June 2022, Rio Tinto announced a $10 million strategic equity investment in Nano One, a Vancouver-based technology company with a patented industrial process to produce low-cost, high-performance cathode used in lithium-ion batteries. This partnership contemplates the potential use of Rio Tinto’s battery metal products, including iron powders from RTFT and lithium, as feedstock for the production of Nano One’s cathode materials. 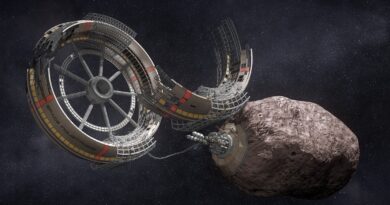