In South Africa, the Department of Science and Innovation (DSI) and the South African National Development Institute (SANEDI), in partnership with Anglo American, Bambili Energy, and ENGIE, are looking into opportunities to create a Hydrogen Valley.

The proposed hydrogen valley will stretch approximately 835 kilometres from the platinum group metals-rich Bushveld geological area in Limpopo province, along the industrial and commercial corridor to Johannesburg and to the south coast at Durban. The nuGen™ Zero Emission Haulage Solution is one of the first projects for South Africa’s Hydrogen Valley.

A feasibility study for South Africa’s Hydrogen Valley published in October 2021 identifies three hubs – Johannesburg, extending to Rustenburg and Pretoria; Durban, encompassing the city itself and Richards Bay; and Limpopo province centred around Anglo American’s Mogalakwena PGMs mine – with a fundamental role to play in integrating hydrogen into South Africa’s economy, and in establishing South Africa and its abundant renewable energy resources as a strategically important centre for green hydrogen production. Nine key pilot projects have also been identified across these hubs and are recommended to be prioritised by developers. They span the transport, industrial, and construction sectors.

Sébastien Arbola, Executive Vice President in charge of Thermal Generation, Hydrogen and Energy Supply at ENGIE said: “At ENGIE, we realise the importance of green hydrogen in the decarbonisation of heavy-duty mobility, and we are dedicated to helping industry players accomplish their carbon neutrality goals. We are delighted to partner with Anglo American to provide renewable hydrogen for their proof of concept. Through this partnership, we aim to unlock the potential of green hydrogen in South Africa and pave the way for the decarbonisation of the mining industry. “

Mana Gold production increased due to higher grade and recovery 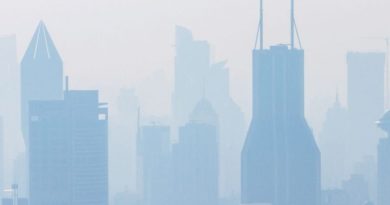