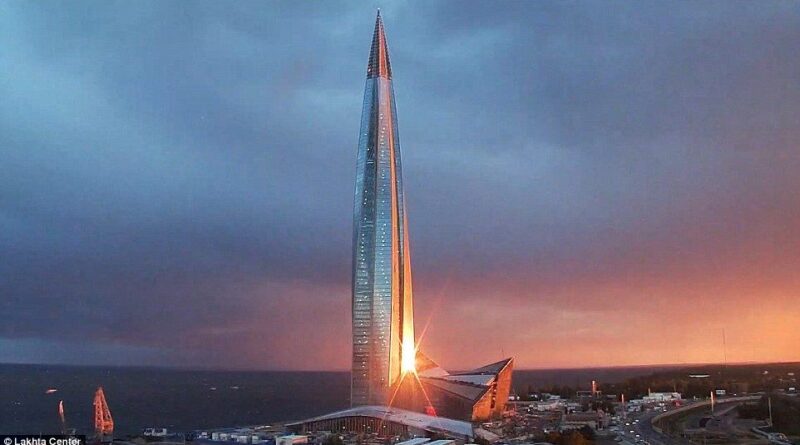 The ground-breaking Lakhta Centre in Russia is not only the tallest buildings in Europe, it is one of the five most eco-friendly skyscrapers on the planet.

One of the most technically challenging mega skyscraper projects ever undertaken, the Lakhta Centre on the edge of St Petersburg represents a step change for large building construction in Russia.

Perhaps most impressive is the number of energy-saving technologies and materials implemented during its construction, seeing it awarded a LEED Platinum green building accolade – the highest rating possible.

“The tower has a composite structure with 15 columns, steel beams of up to 18m span and outriggers, and a fully steel spire.”

According to the International Energy Agency, housing and utility services in Russia make up more than 45 per cent of the country’s power consumption, which is higher that the UN’s average level of 40 per cent.

These figures prompted the Lakhta Centre’s owner, energy corporation Gazprom, to create a complex energy-efficient building that could serve as a model for future smart green design and technological solutions.

Spanning 462m, a third of the building is taken up by Gazprom’s HQ and public space, the latter of which includes, an amphitheatre, health and sports halls, a panoramic restaurant, retail space and an observation deck.

It is estimated that the roughly 100 technical innovations, including an ice storage system that accumulates tons of ice at night that can then be used for air conditioning during the day, will reduce energy consumption by around 40%, taking just 20 years to cover the cost of their installation.

Key to this energy saving is the outside of the skyscraper, where it is enclosed in a “smart shell” double façade for thermal insulation, reducing the need for cooling and heating power. The surface of the Lakhta tower covers more than 100,000 m2, with cold bent curved glass panes fitted in a parallelogram structure taking up the majority of the exterior.

At 360m sits the skyscraper’s observation deck, with the façade covering the levels above this that make up the building’s spire constructed from stainless steel cladding.

Gorproject project chief architect Philipp Nikandrov explains: “Two-skin façades were mounted not only on the tower, but also on the adjacent buildings of the podium part. This allows reducing heat loss in winter and even accumulating heat due to the greenhouse effect inside so-called buffer zones – spaces between the edges of the façade.”

‘A FEAST OF STEELWORK’

The overall design of the building was considered one of the most technically difficult in the world, with a floorplan made up of five wings that rotate upwards, slightly reducing in size, floor-by-floor, eventually reaching a 90-degree turn at the peak compared to the building’s base. This gives the Lakhta Centre its signature ‘flame-like’ shape.

Central to this design was the use of steel that allows for flexibility of floor composition, with Nikandrov describing the project as “a real feast of steelwork”.

“The tower has a composite structure with 15 columns, steel beams of up to 18m span and outriggers, and a fully steel spire. The base of the buildings – the tower and centre – are also mainly steel structures with large cantilevers and spans, and the 100m spanned entrance arch is all in steel trusses.”

Critically, he says that steel enabled the team to develop an intricate structure because of its “lightness and elegance”. Steel-concrete structures were also used to reduce the time it took to build the frame, with composite elements and factory-built steel structures mounted onsite.

Choosing steel allowed for the achievement of an architecturally impressive design, while also ensuring the reliably sealed building envelope that enables innovations like the Lakhta Centre’s “smart shell”.

The use of precision fabricated steel components in combination with advanced design software means this approach can be rolled out across future building projects.

The hope is that the Lakhta Centre can represent a new standard for skyscrapers, with its technical innovations and steel-built design ushering in a more sustainable and aesthetically ambitious era for mega construction projects. 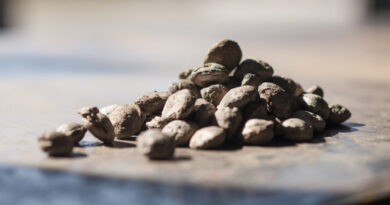 HYDROGEN: Toward a carbon-neutral steelmaking