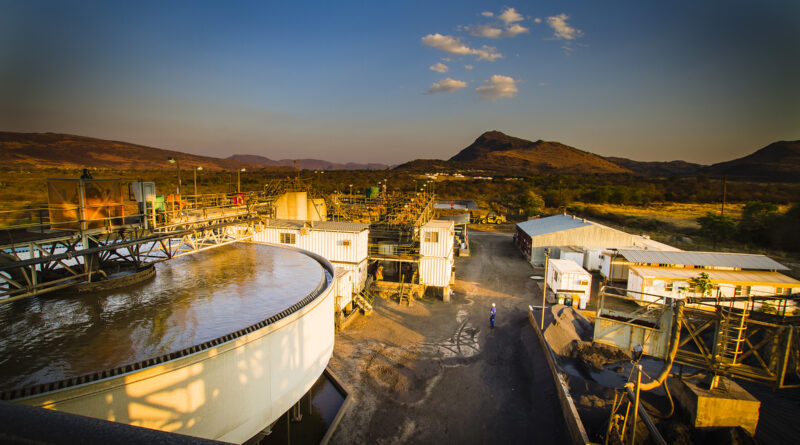 The Sylvania Dump Operations (SDO) delivered annual production of 69,026 ounces for the 2020 financial year, despite a particularly challenging HY2 FY2020 as a result of being placed on care and maintenance due to COVID-19 Regulations.

Fortunately, annual ounces only declined 4% year-on-year and the SDO thus exceeded the revised expected guidance, as communicated in Q3 FY2020, of 68,000 ounces for the financial year following the break in operations during April 2020, the recommencement of scaled-down operations in May 2020 and the slow ramp-up to full capacity in June 2020.

The almost six-week interruption between March and May 2020, related to the national lockdown, impacted significantly on operational performance and specifically contributed to lower plant throughput and PGM ounce production.

Throughput and grade have further been impacted by the changing circumstances at the host mine, resulting in lower volumes of underground RoM and current arisings being received during the latter period of the year.

The 4E PGM head grade decreased by 7% from the previous financial year, which was mainly associated with the increased amount of lower grade feed material received from the host mine in an attempt to supplement the loss of fresh underground ore related to the combination of COVID-19 and global chrome market conditions.

Fortunately, the optimisation of the respective Mooinooi MF2 (the third Project Echo module) and Lesedi front-end classification projects that were commissioned towards the end of FY2019 and continuing technical optimisation work across operations resulted in an increase in PGM recoveries of 15% year-on-year.

Further to the above, higher PGM flotation mass pull during the year also assisted in boosting recovery efficiencies at some operations but as this is not sustainable with declining PGM feed grades that impact on the PGM concentrate quality to the Group’s off-take smelters, operations will need to balance PGM recoveries versus mass pull and concentrate quality.

PGM recovery is expected to remain in the 52% to 54% range during the next year. Focus remains on increasing the surface resource base and optimising the dump hybrid hydro-mining systems to ensure increased throughput from surface sources to mitigate the lower RoM and current arisings tons to maintain levels of production.

The Lannex milling project was initially delayed due to the lockdown with commissioning commencing in July 2020, and it is expected to contribute sustainably to increased throughput and efficiencies from September 2020.

The SDO cash cost increased by 27% in ZAR (the functional currency) from ZAR7,548/ounce to ZAR9,577/ounce while the USD cash cost increased to $615/ounce against $532/ounce in FY2019. The increase in ZAR terms was primarily driven by the lower PGM ounce production associated with COVID-19, as fixed costs and salaries were still incurred during the lockdown period, while above-inflation electricity rate increases and higher re-mining costs to supplement the lower RoM and current arisings from the host mines were amongst the other most significant contributors.

Water constraints to operations, particularly on the Western operations, continued to remain a concern throughout the year. However, research into technology that could reduce water losses and consumption as well as alternative measures to supplement water supply to operations assisted in improving operational running times.

Utility infrastructure and supply of power continued to present challenges to the operations throughout the year. Load-shedding, power cuts due to maintenance and power interruptions associated with frequent trips from the utility provider led to notable downtime associated with interruptions and frequent consequential chokes in the processing plants during the first half of the financial year and through to the third quarter.

As a result of the depressed chrome market environment, there will be a reduction in underground mining at the host mine, resulting in a reduction of current arisings and RoM volumes at the Lannex and Mooinooi plants.

As a result, these operations will continue to substitute current arisings and RoM sources with a combination of historic dump material and ad-hoc open-cast RoM material from the host mines as alternative feed sources for the next twelve to eighteen months.

Technical work is underway to assess potential improvements in surface ore blends and reagent regimes in an attempt to optimise feed grades and metal recoveries as a result of the lower grade and more oxidised dump and open cast material impacting on lower PGM feed grades and recoveries which was expected by the Group.

The COVID-19 pandemic resulted in force majeure notices being issued by both smelters that the SDO deliver PGM concentrate to, which were only fully lifted during May and June 2020. As a result, SDO operations had to construct temporary stockpile facilities and had to manage flotation mass pull in line with capacities in order to recommence and continue with production post lockdown.

Fortunately, all stockpiled material was dispatched to the smelters by the financial year-end.

Sylvania Platinum Limited is a producer of platinum group metals (PGMs) including platinum, palladium and rhodium. The Company’s core business is the retreatment of PGM bearing chrome tailings material. The Company also holds mining rights fora number of PGM projects on the Northern Limb of the Bushveld Igneous Complex.

Sylvania Dump Operations (SDO) comprises six chrome beneficiation and platinum group metal (PGM) processing plants, located on both the Eastern and Western Limb of the Bushveld Igneous Complex (BIC), treating a combination of current and historical chrome tailings at host-mine sites. The SDO is the largest PGM producer from chrome tailings re-treatment in the industry with a current annual production capacity of c. 75koz -78koz (during steady state capacity and subject to supply from the host mine).

Chromite concentrate is produced and returned to the host mine at nominal cost, while PGMs in concentrate are recovered for Sylvania’s benefit and sold to smelters. The current operating model ensures low cost operations ($500 – $600/oz) and is cash generative. Primary milling and flotation operations are currently at a steady state following several years of investment and growth. The implementation of Project ECHO further improves recovery efficiencies across all operations through the implementation of secondary milling and flotation circuits.

The SDO has exclusive rights to reprocess mine arisings and tailings dumps at current host mines, with a profitable operational life of approximately ten years, depending on the operation, and with potential to significantly extend the operating horizon as mining resources are continuously being converted to reserves at host mines.

Following successful commissioning of optimisation projects at Millsell, Doornbosch and Tweefontein, the opportunity to roll this circuit modification out to Mooinooi and Lannex was identified.

The Mooinooi project was initiated during HY2 and is expected to be commissioned during HY1 FY2021. Commissioning of the new Lannex mill, as part of the Lannex plant life-extension project that was initiated in HY1 was delayed as a result of the COVID-19 pandemic which prevented the delivery of the mill from China.

However, following the production ramp up, the project was completed and commissioning is now in progress.

A new secondary milling and flotation module was initiated at Lesedi during the fourth quarter, similar to the existing Project Echo modules rolled out between 2016 and 2020 to improve the upgrading and recovery of PGM’s.

This proposed MF2 extension was implemented to offset the delay of the Tweefontein Project Echo MF2 module due to power constraints as already announced, and is scheduled to commission within the next twelve months.

The progressive research and development of the new chrome/coal pelletising joint operation project is advancing with a view to adding value to beneficiated chrome fines fed to smelters. The Company has piloted the project at two different agglomeration techniques and has narrowed down technology options as part of the process design.

The average gross basket price for PGMs in the financial year was $2,015/ounce, a 58% increase on the previous year’s $1,277/ounce. This increase in overall PGM basket was primarily due to an approximately 165% increase in rhodium to record highs during the year, and approximately 47% increase in palladium prices where rhodium and palladium constitutes approximately 12.5% and 25.5% respectively of the overall basket. 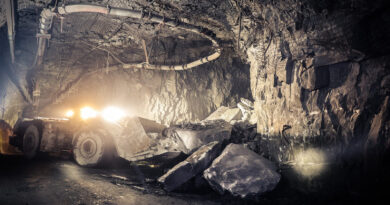