South Africa’s Minister of Finance Enoch Godongwana has made the right decision with his new procurement rules that empower state owned enterprises (SOEs) to set their own black economic empowerment (BEE) prequalifying criteria. BEE procurement rules have been instrumental in the hampering of the performance of SOEs. Clearly, President Cyril Ramaphosa’s government recognizes this – to an extent.
The BEE policy has been disastrous as many have argued, from author and political analyst Moeletsi Mbeki, to Dr. Anthea Jeffrey of the South African Institute of Race Relations, to London’s famous global magazine, The Economist.
Since its establishment in the 1990s, BEE has been seen by many in the country as a policy fundamental to the uplifting of black people who were disadvantaged before 1994. The intentions of BEE during its founding were exactly that – the upliftment of black people. It was a noble idea. But it has failed.
The people who have benefited from the policy are the black elite, meaning that on net-balance, the policy has been counterproductive. We endure the on-going blackouts partly because of the BEE procurement rules within Eskom. These rules negatively impact Eskom’s electricity supply, thus leaving us with loadshedding.
Eskom’s blackouts have had a huge negative impact on South Africa’s economy, and if BEE rules are not relaxed or abolished, the country will endure blackouts for a very long time.
One of Eskom’s new Board members, Mteto Nyati, has highlighted the problems brought by the BEE procurement rules.
I was happy to hear Mr. Nyati highlighting this very big problem. We need more men and women who think like him in our institutions.
Would the total abolishment of BEE laws solve all of Eskom’s and other SOEs’ problems? No, but privatisation would be the best way to handle SOEs. However, at least relaxing BEE rules as Godongwana has done can make things better.
Herman Mashaba, leader of political party ActionSA was refreshing in his recent article published on TimesLive, where he argued that race-based affirmative action has been a failure in South Africa, and must be rejected. No South African of any color should be discriminated against because of the color of their skin in the job market, Mr. Mashaba wrote.
Mashaba was brave to write such because people who express the view that race-based policies must be done away with in South Africa, are usually hounded and demonized by intolerant mobs in the media.
Advocating for the scrapping of BEE policies is controversial. Whoever argues against them endures nasty attacks, regardless of how strong their argument is against race-based policies. If you think the nasty attacks are unique to South Africa, you are mistaken.
In the United States of America (USA), the same attacks are experienced by those who oppose affirmative action. They are demonised and hounded. The mistreatment of people who raise justified concerns about the failing racial affirmative action policies, is a disgrace.
The proponents of BEE policy justify the policy by pointing to its intentions, instead of its outcomes. That I see as a grave mistake on their part. As Nobel economist Milton Friedman, who died in 2006, once said, “One of the great mistakes is to judge policies and programs by their intentions rather than their results.” It does not do this country any justice to carry on with policies that do not work, simply because their intentions are ‘noble.’
What the proponents of this BEE policy also argue is that the policy has failed because it has been badly implemented – or that there is no political will from government leaders. No, the policies are a complete disaster. We need programs that will help the poor not enrich black tycoons as BEE has done.
Dr. Anthea Jeffery of the South African Institute of Race Relations has written great content on BEE and its failures. Her findings, detailed in her book titled “BEE – Helping or Hurting?”, are that the policy has largely benefitted the already well-off black people, not the poor blacks as was originally intended. This finding is damning to the proponents of BEE policies.
Another problem with BEE, has to do with something that many people do not talk about – and that is, the policy patronises black people. Black people’s achievements are undermined, because of the policy.
For example, when a black person succeeds in the corporate sector, the automatic assumption is that it is because of BEE, not because of their talent and hard work. Black peoples’ success is always questionable. I see this as very damaging to our society; and it damages the morale of many black people. We all want to be respected, recognised, and trusted that we are good at what we do. BEE makes that difficult for black people.
So, what is the alternative to BEE? Some will ask. Well, I like the idea proposed by the IRR. The program they propose is called Economic Empowerment for the Disadvantaged (EED). The program would help people who are poor – regardless of their color.
Now the proponents of BEE argue that the deracialisation of empowerment policies will disadvantage blacks. That is not true. In a deracialised empowerment environment, the majority of beneficiaries would still be blacks. Because blacks account for the majority of the poor and are the majority in the country.
What the deracialisation approach would do is reduce the likelihood of funding or granting special privileges to a rich black person from Sandton. It will also ensure that a poor white child also benefits from nonracial empowerment policies.
South Africa’s BEE has not done what it was originally intended to do. A change is needed. The IRR’s idea would work better in addressing the problems of poverty and the needs of the disadvantaged black people. Our leaders must adopt the IRR’s redress policy and reject BEE.
What Godongwana has done, ought to be the first step toward the total scrapping of BEE

Which metals are needed for low-carbon technology?

Platinum is not just a catalyst 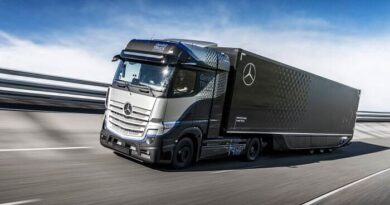