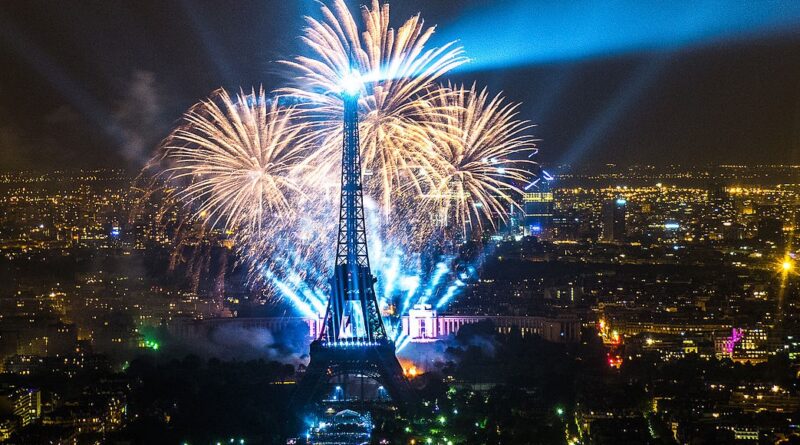 After 104 days of lock-out, the longest peacetime closure in its history, masked visitors could once again scramble up the architectural marvel of Gustave Eifel.

Constructed from 1887 to 1889 as the entrance to the 1889 World’s fair, it was initially criticised by some of France’s leading artists and intellectuals for its design, but it has become a global cultural icon of France and one of the most recognisable structures in the world.

The Eiffel Tower is the most-visited paid monument in the world; 6.91 million people ascended it annually in recent years. The tower is 324 metres tall, equivalent to an 81-storey building, and it is the tallest structure in Paris. It was the first structure in the world to reach a height of 300 metres.

Its base is square, measuring 125 metres on each side. During its construction, the Eiffel Tower surpassed the Washington Monument to become the tallest man-made structure in the world, a title it held for 41 years until the Chrysler Building in New York City was built in 1930.

The last time the Eiffel Tower was closed to public for more than 100 days, was when Nazi roamed Paris and occupied half of France during WWII.

Parisian officials now believe they have done enough to tame COVID-19 and that it is time to safely reopen the country’s most iconic landmark—albeit with some important restrictions in place.

On June 25th, first visitors ascended the steps to the première and deuxième étages of the Eiffel Tower to take in sweeping views of Paris.

Though France has reason to believe it’s been able to handle the worst of the virus, visitors to the Eiffel Tower will have to contend with some changed policies and enhanced precautions. According to the tower’s website, lift service up the tower (and the access it grants to the third, and highest, observation deck) is currently unavailable but may return with reduced occupancy limits later this summer.

Instead, tourists can climb the 674 stairs up to the tower’s second observation deck. In an effort to ensure physical distancing, the stairs will be a one-way street: Visitors must climb up the east pillar’s stairway and descend from the west.

Visitors are encouraged to purchase tickets ahead of time to avoid waiting to climb the tower, as only a limited number of visitors will be allowed on each esplanade and each observation deck at a time, with masks being mandatory for any visitor over the age of 10.

Strangely, the tower was never supposed to stay in Paris. Eiffel had a permit for the tower to stand only for 20 years. It was supposed to be dismantled in 1909, when its ownership would revert to the City of Paris.

The City had planned to tear it down (part of the original contest rules for designing a tower was that it should be easy to dismantle) but as the tower proved to be valuable for communication purposes, it was allowed to remain after the expiry of the permit.

And the rest is history.