Orion maintains a sizeable tenement package in the Fraser Range Province of Western Australia in joint venture with IGO Limited. Under the terms of the joint venture, IGO is responsible for all exploration on the tenements and provides regular updates to Orion on activities and results.

Importantly, Orion maintains an exposure to the ongoing exploration and development of the Fraser Range Project without additional financial commitment, given that Orion is free-carried through to the first pre-feasibility study on any of the tenements.

No exploration, drilling or sampling was carried out during the Quarter. Between 1 October 2020 and 31 December 2020, the following activities occurred:

Planned work for the next Quarter will include:

No field or exploration work was carried out on the Victoria Project during the Quarter. During the Quarter, the Company continued to progress its licence applications over prospective areas of Walhalla.

First Quantum Minerals update regarding of the Cobre Panamá mine 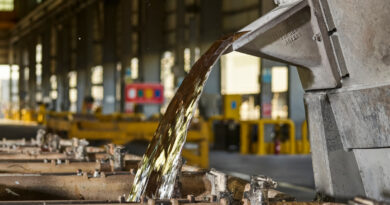