It’s clear that what we consider a “precious metal” is not static. It’s not much of a stretch to imagine there will be other metals we might consider “precious” — or at least more precious — in the future.

The most obvious contenders right now seem to be lithium and cobalt due to the demand for them in electric vehicles. But both are very common.

Lithium and cobalt are the 25th and 23rd most abundant elements on the planet, respectively. And one key characteristic of a “precious metal” is rarity.

Cobalt is a chemical element with the symbol Co and atomic number 27. Like nickel, cobalt is found in the Earth’s crust only in chemically combined form, save for small deposits found in alloys of natural meteoric iron. The free element, produced by reductive smelting, is a hard, lustrous, silver-gray metal.

Yet crustal abundance is only one factor that goes into our ability to access any resource. More often than not these days, geopolitics is the deciding factor.

The demand for electric vehicles is still set to absolutely explode over the next several years. The IEA estimates the global electric vehicle stock will increase from 2 million in 2016 to between 40 million and 70 million by 2025. Its low projection is a 20-fold increase in demand over 10 years.

Rechargeable lithium-ion batteries are actually named for their active ingredients. Inside each is a lithium compound that acts as the battery’s cathode material.

The most common lithium compound used today is lithium cobalt oxide, or LiCoO2.

The cobalt in a LiCoO2 battery is the main active ingredient and allows for the ionic movement that enables the recharging process. In other words, it’s the cobalt in a rechargeable Li-cobalt battery that makes the battery rechargeable.

Battery chemists also use other metals such as manganese and nickel to make compounds that serve the same purpose. However, lithium cobalt oxide remains the preferred compound today. Roughly three out of every four lithium-ion EV batteries contain cobalt… a lot of it.

And with conservative projections of a 20-fold increase in global EV demand, forecasts show a whopping 4500% surge in demand for cobalt between now and 2030.

Cobalt is in the worst place in the world to mine anything: the Democratic Republic of Congo.

Over half of the world’s cobalt resources are located in the DRC. And currently, the DRC accounts for over 50% of global production of cobalt. But the country hosts a mountain of issues that constantly threaten stable mining output.

Geopolitical instability and corruption are commonplace. And key cobalt mines are frequently shut down.

But now the DRC cobalt industry is also under harsh scrutiny for child labour and human rights violations. According to UNICEF, as many as 40,000 children were working in mines across southern DRC in 2014.

Due to its critical use in future transportation and the geopolitical nightmare that holds up half the entire world’s resources, cobalt might be considered more precious in the future. Nothing is going to stop the electric vehicle revolution. Stay long cobalt. 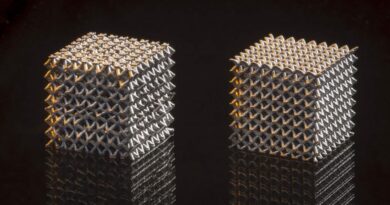