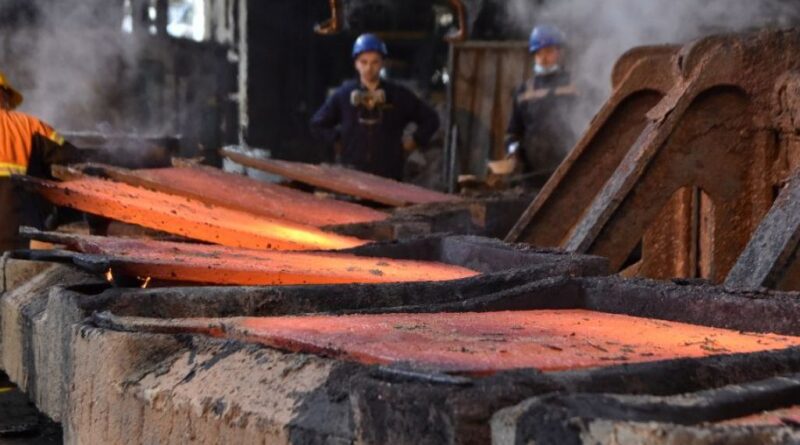 BELGRADE – The Bor Smelter, which operates within Serbia Zijin Copper company, will not be operational between April 20 and the end of July, due to the completion of the technical reconstruction, expansion and construction of metallurgy facilities, that is, the connecting of the old and new systems. In that period, the reconstruction of the flash-smelting furnace, the boiler and the accompanying systems for the filtering of smoke gases will be finished, and the problem of “catching” all the gases from the convertor hall will be solved as well.
A new electrostatic filter will be installed at the Sulfuric Acid Factory. After the modernization of metallurgical facilities, the Bor Smelter will operate in line with the highest ecological standards.
In three years, USD 161.5 million has been invested in improving the state of the metallurgy facilities and the systems of environmental preservation at the smelter.
The stopping of the production process at the Smelter and Refinery for a period of three months is envisaged in the plan of Serbia Zijin Copper, so, despite that, the production of 85 thousand tons of cathode copper, 1,580 kilograms of gold and nearly 13 tons of silver is expected in 2022, the announcement says.
Last year, the construction of a system for the collection and desulfuring of smoke gases was completed at the Smelter and Refinery and the facility was put into operation in August. It has had good performances, so the expulsion of gases at the main chimney has been brought within the legal limits, and the air quality in Bor has improved significantly.