Following the restructuring and repositioning of Anglo American Platinum’s portfolio, Kroondal is not considered a strategic asset in the portfolio due to its short remaining life. The two companies have worked together to optimise the Kroondal mine plan, which has delivered over R8 billion in EBITDA between 2017 and 2020 for Anglo American Platinum. The next step for value creation was to optimise the mine plan to include resource from Sibanye-Stillwater’s adjacent operations to mitigate the impact of declining production as the mine approached its end of life, and for the Company to exit its interest in Kroondal.

OVERVIEW OF THE TRANSACTION

Under the terms of the new agreements, Kroondal’s infrastructure will be used to mine into Sibanye-Stillwater’s adjacent Rustenburg resource. As a result, Anglo American Platinum will generate cash flows from its 50% share of the 1.35 million 4E ounces earlier (by the end of 2023), at a lower cost of production (after optimising the mine plan to extract the resource from both the Kroondal and Rustenburg mining right areas) and under the pre-existing Kroondal purchase of concentrate terms.

Thereafter, Anglo American Platinum will exit its interest in the PSAs, transferring all assets and liabilities to Sibanye-Stillwater, with no outstanding economic interest in the Kroondal mining operation. The Company will continue to process the concentrate produced from the Kroondal concentrators until 2026 under the toll-and-purchase agreement with Sibanye-Stillwater which was concluded as part of the Rustenburg disposal transaction.

Under the terms of the transaction, Sibanye-Stillwater will acquire Anglo American Platinum’s interest in both the Kroondal PSA and Marikana PSA for a purchase price of R1. In exchange, Sibanye-Stillwater will take over all closure costs and rehabilitation liabilities. In addition, should the remaining unmined Merensky mineralisation (which is not declared as a Mineral Resource) be mined in future, the Company will earn a deferred compensation on a Rand per tonne mined (the rate is dependent on metal prices at that time).

The terms of the transaction are conditional on mandatory regulatory approvals including Competition Commission approval and Section 11 ministerial consent to transfer the mining right, as well as the delivery of 1.35 million 4E ounces of metal in concentrate by the Kroondal PSA (on a 100% basis). 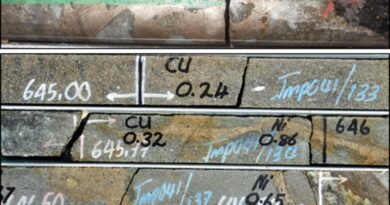