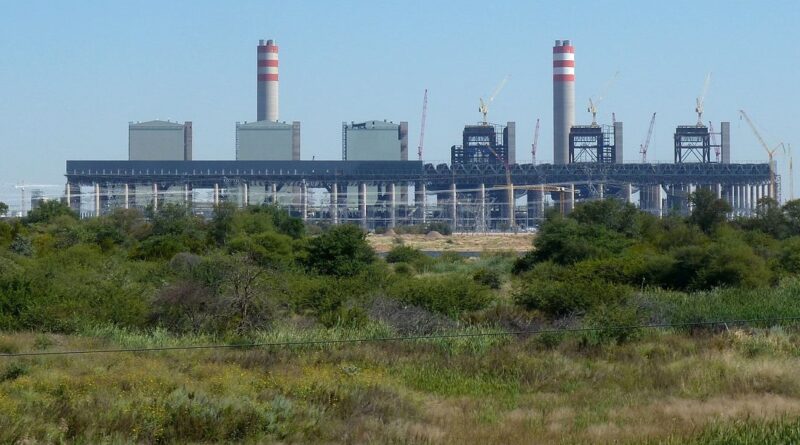 JOHANNESBURG – Eskom has informed the public that Unit 4, which was on a short-term outage (since 06 August 2021) of Medupi Power Station experienced an explosion on the Unit 4 generator at approximately 22h50 on 08 August 2021. The incident is suspected to have resulted in Unit 5 tripping.

This explosion has resulted in extensive damage to the generator. The incident occurred during the activity to displace hydrogen with carbon dioxide and air respectively, for the purposes of finding an external leak.

No injuries have been reported and all employees and contractors have been accounted for.  Fortunately no injuries were sustained by personnel who were on site during the unfortunate incidents. Emergency services attended to seven colleagues requiring treatment for shock.

Following the power station preliminary investigation, it appears that while performing this activity air was introduced into the generator at a point where hydrogen was still present in the generator at sufficient quantities to create an explosive mixture, which ignited and resulted in the explosion. It also appears that there was a deviation from the procedure for carrying out this activity.

As such Eskom has undertaken to place those employees who were responsible to manage and execute this work under precautionary suspension pending the conclusion of the Major Event Investigation.

Investigations are underway into the cause of the incident as well as to what extent will this unfortunate incident impact the national electricity grid.

All work on the unit was suspended with immediate effect. This included the suspension of all permits to work on the plant until further notice. The area was secured and once it has been cleared by the Fire Chief and resident engineers; inspections and assessments will begin to determine the cause of the incident and extent of the damage caused.

Preparation for the return to service of Medupi Unit 5 is currently in progress. The coal-fired power station’s other four generating units are in operation.

A week ago, Eskom announced that Medupi, the fourth-largest coal-fired power station in the world, had achieved commercial operation. The power station took 14 years to complete at cost R122 billion. Medupi was initially budgeted to cost R80 billion.

Eskom predicts it could reach R135 billion on the final completion of the plant. The power plant still requires considerable changes to be made because of initial design defects, which are linked to the contract with Japanese company Hitachi.  Eskom will address its boiler design defects for the next two years. Once finished, Medupi is expected to deliver power to the national grid at full capacity.