Exxaro’s finance director, in his pre-close message for the first half of the year ending 30 June 2020, reports that coal production (excluding buy-ins) and sales volumes are both expected to decrease by 1% and 2% respectively, mainly due to the impact of the pandemic on market demand and the lockdown measures impacting its Mpumalanga operations.

Disruptions to supply chains, demand, international trade flows and travel, along with lockdowns, collapsing currencies and stock prices, resulting from measures related to COVID-19, have dealt a heavy blow to the global economy.

A deeper recession in 2020 compared to 2008/09 is anticipated. However, commodity markets recorded mixed results during this time.

While Exxaro expect to achieve higher export volumes, this is offset by lower commercial domestic sales volumes. The company expects a weaker US$ sales price per tonne will be realised, in line with the weaker API4 coal export price index, cushioned somewhat by a weaker rand/dollar exchange rate.

In terms of its capital allocation programme, Exxaro expect the capital expenditure for 1H20 in its coal business to decrease by 61% compared to 2H19, mainly due to project delays linked to the pandemic and timing in equipment replacements.

“In addition to operational measures implemented by us to combat the spread of the virus, further downside scenarios have been used to stress test our solvency and liquidity position,” Exxaro sais in a statement.

“As a result, management and our board of directors believe that the group has sufficient liquidity to withstand an interruption to our operations and will remain a going concern for the foreseeable future.”

Due to the impact of COVID-19 and the subsequent lockdown, many industrial customers in the domestic market have either reduced demand or stopped coal offtake during April and May.  In addition, coal exporters produced a sized coal product for the local markets due to very low export pricing. This resulted in an oversupply, negatively impacting domestic prices.

It is estimated that the seaborne market is oversupplied by at least 40Mt. We have seen the worst of the lockdowns, with negative impacts on the energy complex. The prices of both oil and gas have dropped to record levels and the API4 index price dropped to historically low levels of $40/t.

Markets like Vietnam and Pakistan took advantage during this period of low prices to buy more South African coal whilst the Indian demand fell below the normal offtake. As governments across the globe try to revive their economies we do see a gradual uptick in demand in some markets.

Thermal Coal product from Waterberg is expected to increase by 4% in line with improved production and Eskom offtake.

Production at the Mpumalanga commercial mines is expected to be 11% lower, mainly at ECC and Leeuwpan due to the impact of the pandemic on market demand and the lockdown impacting operations as well as a 10-day shut at Leeuwpan, Belfast and ECC over the Easter period to mitigate the risk of full stockpiles at RBCT and to preserve cash and costs. This was partly offset by Belfast ramping up to full production in 1H20.

Metallurgical coal production is anticipated to increase by 34% due to our high value strategy being implemented and enabled by improved value chain visualisation.

Coal buy-ins are expected to be 173kt higher, mainly to fulfill supply commitments in 1Q20.

The expected 16% increase in export sales volumes is driven by the availability of export product from our own operations, as markets return to normality, as well as good demand in alternative markets.

Total sales to Eskom are expected to decrease by 8% as the supply agreements at ECC and Leeuwpan are still being negotiated, partly offset by higher offtake from Grootegeluk.

Domestic thermal coal sales are also expected to be 8% lower, mainly due to the impact of the pandemic on key customers resulting in lower offtake, which is countered by slightly higher offtake by other local customers at Leeuwpan.

Thermal coal production and sales are both expected to decrease by 9%, mainly due to the impact of the pandemic on operating protocols and difficult geological conditions in Mine 3.

The effective date of the consolidation of Cennergi results into the Exxaro group is 1 April 2020.

Total generation output for the year to date is marginally below (-1.5%) planned numbers.

Eskom issued a Force Majeure notice to Cennergi in March 2020 indicating that they may curtail generation from all windfarms. This notice was lifted by Eskom at the end of May 2020.

Cennergi is engaging with Eskom on this notice as they are in disagreement regarding the contractual interpretation. Curtailment, although not material, occurred at both windfarms during the Force Majeure period.

The API4 index price is expected to be supported as activity in the key seaborne coal market resumes and a greater supply/demand balance is achieved. However, weak demand and flat pricing is anticipated into the early part of 2H20, as the speed at which coal demand reduced as a result of the lockdown measures, far outpaced any supply response. Global seaborne thermal coal trade levels for 2020 are also expected to decline compared to 2019.

Exxaro expects domestic coal demand to show a gradual recovery amidst the slow return of industrial customers to full operations. The company does not expect to claw back on the sales lost during the past few months.

However, Exxaro expect Matimba Power Station to continue meeting their contractual offtake volumes for the year from Grootegeluk, whilst Medupi Power Station will need to increase their off-take in an effort to catch up on some volumes not taken in 1H20.

Regarding the Moranbah South coking coal project, Exxaro and Anglo American continue their endeavours to agree on a mutually beneficial development plan and timeline.

In line with Exxaro digitalisation program, the company continue to roll out the Integrated Operations Centers across all its operations to enable the visualisation of the value chain.

The increased visualisation of the overall value chain as well as data driven insights gained from its operations, will highlight inefficiencies and will enable improved in-time decision making relating to safety, productivity improvements as well as cost performance.

$0.8 billion of capex for Woodsmith greenfield project for 2023 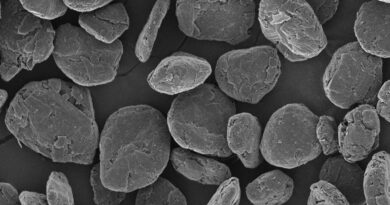