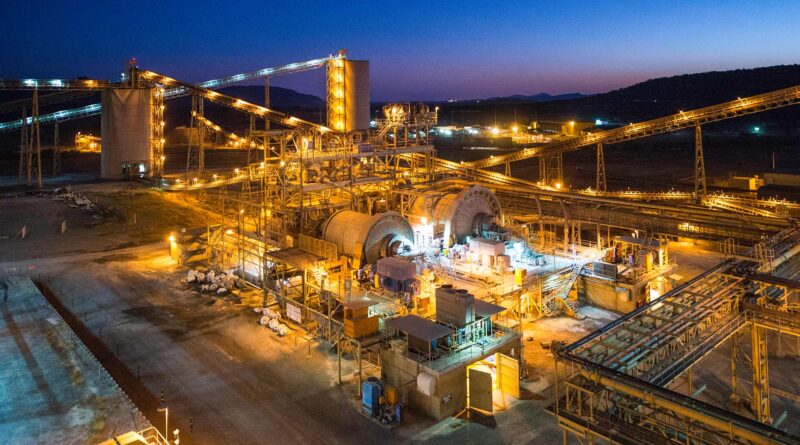 Ivy Lane in turn owns 27.64% of Sedibelo Platinum Mines (SPM) giving Gemfields an effective and indirect interest in SPM of approximately 6.54%. As previously announced, SPM is not considered a core part of Gemfields’ strategy.

PPM comprises the operational West Pit (the sole source of reef to date), East Pit (a second reef source due to be commissioned shortly), a world class PGM concentrator, extensive mineral rights holdings on both the Western and Eastern limbs of the BC, and office infrastructure. All Eastern Limb assets are held by either Platmin South Africa or Tameng Mining and Exploration Pty Ltd.

The concentrator, West Pit and the offices are situated on the farm Tuschenkomst. East Pit is situated on the farm Wilgespruit. The Western Limb mineral rights are either on one of these two farms or other contiguous properties. These operations are 80km northwest of Rustenburg.

The design processing and milling capacities of the concentrator are 417ktpm and 285ktpm respectively. The 132ktpm difference is a dense medium separator for upgrading reefs. The two milling streams have design capacities of 220ktpm silicates (pseudo reef package) and 65ktpm for UG2 reef. The mills consistently operate at above design capacity.

In a favourable PGM price environment, PPM could establish underground mining infrastructure and massively expand production. It has established access to about 100MVA of Eskom power plus 25 mega litres per day of water, to fully service such expansion.

Ramaphosa hits all the right notes for cooperation in mining