Hydrogen is not traded internationally at the moment. Despite the hype, it remains a niche market. The 100 million tonnes of hydrogen produced globally each year are used mostly in carbon-intensive industrial processes, such as fertiliser manufacturing, refining and chemicals.

But hydrogen has far wider appeal as a fuel to help achieve a zero-carbon future. Unlike fossil fuels, it does not emit carbon when combusted and offers a cleaner substitute to the power-generation and heating sectors. It is a particularly attractive option for hard-to-decarbonise sectors where low-carbon alternatives are scarce.

Hydrogen’s high energy density is suitable for industries such as steel and cement, which need high-temperature heat. In the transport sector, it looks set for adoption in heavy-duty trucking, shipping and aviation, possibly through conversion into a synthetic fuel. It also has immense potential as a long-duration energy storage medium.

Wood Mackenzie forecasts global demand for hydrogen to increase two- to sixfold between now and 2050 under our ETO and AET scenarios. Under our AET-1.5 scenario (1.5 °C warming), low-carbon hydrogen demand reaches as much as 530 million tonnes by 2050, with almost 150 million tonnes of that traded on the seaborne market. 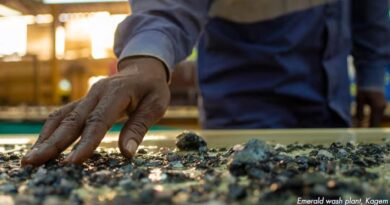 Putin’s War: An expanded role for US LNG