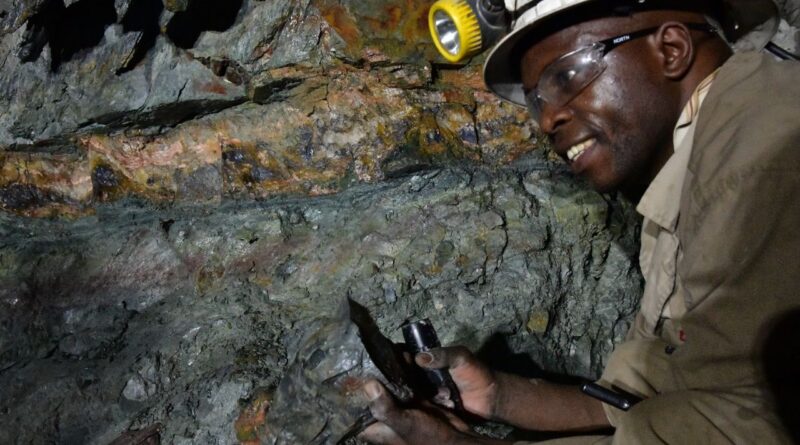 Ivanhoe Mines also noted that mining crews produced a combined 194,000 tonnes of ore in October from the Kakula and Kansoko mines, which was 48% higher than achieved in September. The project’s pre-production surface stockpiles now contain approximately one million tonnes of high-grade and medium-grade ore at an estimated grade of 3.47% copper.

The enormous amount of pre-production development completed to date at both the Kakula and Kansoko mines has positioned the project for a significant acceleration in the tonnage, as well as a marked increase in the grade, of ore added to the project’s surface stockpiles beginning this month.

Kakula’s main access drives between the northern and southern declines have less than 100 metres remaining before they are connected (holed) in the high-grade centre of the deposit. The holing will significantly increase ventilation to the centre of the orebody, allowing for additional mining crews to begin highly-productive mining operations in Kakula’s high-grade ore zones.

Mark Farren, CEO of Kamoa Copper said: “We are encouraged with the current development performance. We remain on track to open up sufficient high-grade reserves in time to feed our phase 1 and 2 concentrator plants with high-grade copper ore.”

“The imminent joining of Kakula’s northern and southern main access drives will be a major milestone in the mine’s development. Once this is achieved, the opening up and ledging of the drift-and-fill blocks can commence in the high-grade core of the deposit, where the average grade is projected to exceed 8% copper,” Mr. Farren added.

In addition to advancing the main connecting access drives, underground mining crews at Kakula are focused on preparation work for developing the high grade, drift-and-fill mining blocks in the centre of the orebody.

Opening up of the mining footprint for these high grade, drift-and-fill mining areas entails development work in areas of low-, medium- and high-grade ore, and is designed to coincide with the start-up of the processing plant next year.

This will allow mining crews to deliver significant tonnage of high-grade ore directly from Kakula’s underground workings to the processing plant.

In October, mining crews at the Kakula and Kansoko mines mined and transported to surface approximately 194,000 tonnes of ore grading 4.01% copper. This brings the project’s total pre-production high- and medium-grade ore stockpiles to approximately 1,000,000 tonnes at an estimated grade of 3.47% copper. An additional 622,000 tonnes of low-grade development ore also has been stockpiled on surface.

The project is positioned for a significant acceleration in the tonnage, as well as a marked increase in the grade, of ore added to the surface stockpiles as more mining crews soon will begin working in the higher-grade areas of the Kakula and Kansoko mines.

The ore being mined from the northern portion of the Kakula Mine is transported to surface via the conveyor system and placed on a blended surface stockpile that now contains approximately 639,000 tonnes grading an estimated 3.71% copper.

Jubilee continues to expand its operational footprint and project portfolio