Pan African Resources has announced that the Company successfully completed a DFS on the Mogale Gold Tailings Storage Facilities (“TSFs”) that forms part of the Mintails Mining SA (Proprietary) Limited (“Mintails SA”) assets, situated near Krugersdorp to the west of Johannesburg, South Africa (the “Project”). The DFS was prepared by DRA Projects SA (Pty) Ltd

Cobus Loots, CEO of Pan African, commented: “Pan African has an excellent track record of successfully commissioning and operating surface tailings retreatment operations, as evidenced by our BTRP, ETRP and Elikhulu operations. As originally anticipated, the Mogale Gold DFS has demonstrated a compelling Project, both operationally and financially. Mintails has the potential to further improve the Group’s overall AISC, while increased annual production will move Pan African further up the ranks of mid-tier gold producers.

Additionally, our re-mining activities will assist with environmental remediation in this area. We look forward to working with all stakeholders to further progress the Project in the months ahead.”

Background to the Project

In November 2020, Pan African announced that the Company had entered into conditional sale of shares agreements to acquire the share capital and associated shareholder loans and other claims of Mogale Gold and Mintails’ SA Soweto Cluster Proprietary Limited (“MSC”) (together the “Mintails Transaction”). Both Mogale Gold and MSC are 100% owned by Mintails SA, which was placed into provisional liquidation during 2018.

The deadline for fulfilment of the conditions to conclude the Mintails Transaction was extended to August 2022 and included the completion of a fatal flaw analysis, prefeasibility study (“PFS”) and DFS.

The PFS on the Mogale Gold TSFs was completed during July 2021, followed by the DFS. Both studies were led by DRA. Further technical work on the MSC TSFs is currently in progress.

In the SENS announcement of 6 November 2020, the Company reported that the MSC TSFs comprise nine separate facilities with resources of 119Mt with an in-situ grade of 0.31g/t, containing an estimated gold content of 1.20Moz. Although Pan African currently classifies the MSC Mineral Resources in the Inferred Mineral Resource category until further technical studies and work is completed, a conceptual production schedule for this project was applied, based on available information.

This conceptual production scheduling, entailing the processing of combined TSFs demonstrates a more robust recovered ounce profile and an extended LOM for the project, in excess of 20 years. The conceptual MSC TSF model increased production by an average of 11koz/yr from years 6 to 13 (once the Mogale Gold TSF resources are depleted), giving rise to a production profile of an average 54koz/yr from year 14 to 20.

No Mineral Reserves or financial valuation for the conceptual MSC scheduling can be reported on at this stage and the incremental production from this cluster is included for illustrative purposes only.

The study envisages hydro-mining to be utilised for the larger dumps, using hydraulic guns of similar specification as used at Elikhulu, cutting mine widths of 15m wide and 20m deep. The North Sands and South Sands dumps are conducive to load-and-haul mining, to extract the resources from these dams.

The re-mined tailings will be processed in a CIL plant of similar design to the Elikhulu operation, with the addition of a water treatment section to limit corrosion and potentially improve recoveries. The DFS process plant is designed for an average throughput of 800ktpm, with up to 900ktpm achievable without negatively affecting performance.

The Group has received a number of offers from financing institutions and third party financiers for the Project funding and expects to finalise the funding package later this year, if the Company was to proceed to project execution.

Following in-principle approval by Pan African’s board to further progress the Project, the Company will commence with the environmental authorisation process and stakeholder engagements. Construction would commence in April 2023 with commissioning  in July 2024 – December 2024. The Company will also conduct feasibility studies into the merits of renewable energy for the new tailings retreatment plant’s energy requirements. 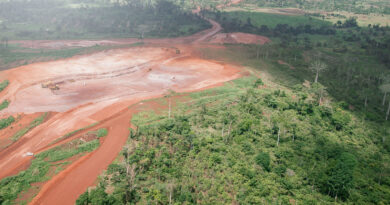 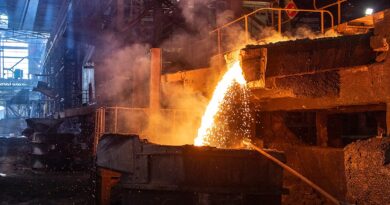