From an investment perspective, platinum is closely correlated to gold and brings similar diversification benefits to a portfolio, as well as being a hedge against currency and interest rate fluctuations and a store of value.

However, platinum’s price also reflects its supply/demand fundamentals which are closely linked to demand growth and its industrial value-in-use.

Platinum demand is broadly split between four segments with their relative portion of annual demand related to application and value (five-year annual % ranges shown for the period 2015-2019):

Automotive demand can be viewed as an ‘industrial’ use of platinum, but it is considered as a separate category due to its size and the strategic nature of vehicle emissions control. Vehicle sales are not possible without regulatory compliance which is also integral to avoiding negative reputational risk for automakers. This article focuses on non-automotive industrial demand for platinum; platinum’s other demand drivers will be considered in future articles.

WHAT IS INDUSTRIAL DEMAND?

Industrial use of platinum is diverse in terms of both end uses and geography, coming from six main sectors, as figure 2 sets out.

Annual growth in platinum demand from industrial uses has averaged over 3% for the past 20 years, and over 7% for the past five years. This growth has resulted in the amount of industrial platinum demand in 2018 being nearly four times the level in 1988. Industrial demand growth is driven by global economic growth – it is closely correlated to GDP growth – and advances in technology.But demand can exhibit short-term ‘lumpiness’ which is unrelated to macro trends, but rather linked to the nature of the technical application that drives the demand. This includes platinum catalysts and tooling for glass manufacturing, both major sources of industrial demand.

Further, platinum from recycled industrial catalysts that have been subject to ‘wear’ is typically recycled and used to produce these entirely new catalysts. This process is known as closed-loop recycling. Typically, the industrial user owns or leases the metal necessary while the old catalyst, plus the ‘top up’ metal to account for wear, is used to produce a replacement catalyst.

Unlike other sources of demand, consumption of platinum in industrial applications is usually expressed on a net basis, that is the gross demand less the supply of ‘closed-loop’ recycled metal. This net industrial demand is in contrast to automotive demand, for example, which is gross demand with metal recycled from used catalysts treated as recycle supply, and is from open loop recycling.

Industrial demand for platinum is not reliant on any one sector or territory and is likely to continue growing at or above the rate of global growth. Current forecasts indicate that in 2020 industrial demand will grow by 2 per cent.

Other factors, including population growth and demographics, also have the potential to positively impact platinum demand over the long term. For example, the United Nations Food and Agricultural Organisation projects that food and feed production will need to increase by 70% by 2050 to meet the world’s food needs. Maintaining food production for the growing world population requires the ability to grow more food on current cropland, and fertiliser production – which needs nitric acid – is key to achieving this.

Platinum’s medical applications are similarly affected. The number of people aged 65 or older is forecast to double to 20%of the global population (which is itself growing) by 2050. In addition, access to healthcare in both developed and developing countries is on the rise.

Industrial demand growth is also poised to come from new technologies and fuel cells in particular, as there is increasing acceptance that FCEVs will sit alongside battery electric vehicles as part of a multi-drivetrain solution to achieve zero on-road emissions. Platinum’s demand growth from fuel cells will come initially from heavy duty applications. 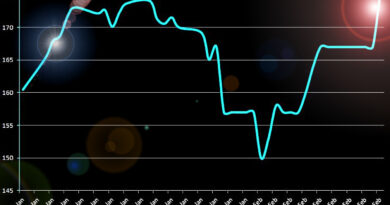