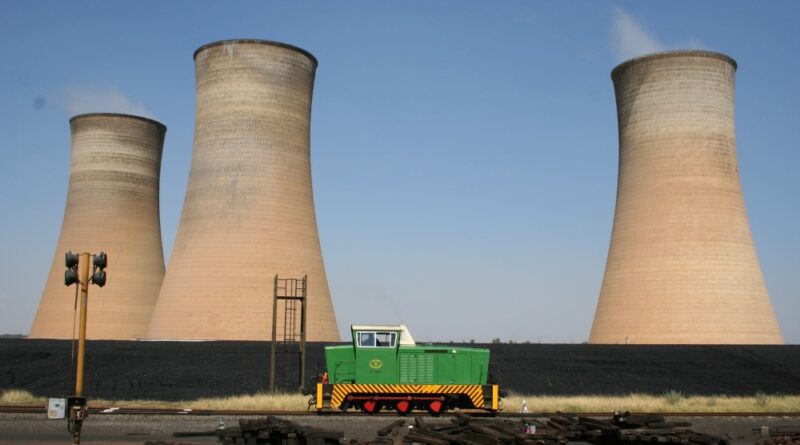 For nearly 15 years, the electricity supply has been unstable. As load shedding gets worse, the public has questioned whether Eskom can be saved. The answer is yes. Eskom can and must be saved for the fundamental reason that there will be no other way to power our lives and our economy for many years to come. Unfortunately, there is only one way to save Eskom and that is to fund its repair and transformation. Either the taxpayer must do this, or the consumer through higher electricity prices, or both.

At the same time as “saving” it, it is essential to know that Eskom and the electricity supply industry are in the process of change, driven by unstoppable technological and environmental changes. Here are the general questions answered by Eskom on its turnaround plan and the transmission unbundling:

As reflected in the Presentation the legal separation of the Transmission division is one stand-alone item set out in the DPE’s October 2019 Roadmap for Eskom in a reformed supply industry (the “Roadmap”). The Transmission Unbundling should yield greater transparency, management, focus and efficiency improvements for the Eskom Group’s Transmission division.

2. What has been done per the Roadmap? What steps under the Roadmap still need to be completed, and what is the timetable for achieving this? If there has been slippage from the original timing envisaged in the Roadmap, please explain the causes.

As reflected in the Presentation and in line with the Roadmap, key milestones in Eskom’s turnaround plan have been achieved, including the internal divisionalisation in March 2020 and the functional separation of Eskom’s Transmission, Generation and Distribution divisions in March 2021.

While the Roadmap contemplated the complete operationalization of the Transmission division as a legal subsidiary of Eskom by 31 December 2021, the impact the COVID-19 global pandemic has had on global economies, including South Africa, as well as the complexities of ensuring the Transmission Unbundling could be effected in a way that did not impact Eskom or the provision of energy supply in the country, caused a delay to this timing.

The Department of Mineral Resources and Energy published the 2nd Amendment of the Electricity Regulation Act, 2006 for public comment on 11 February 2022 (the “Draft Amendment Bill”). Interested and affected parties were invited to submit representations within 30 days of the publication of the Draft Amendment Bill.

4. What is the Government of South Africa’s long-term strategy for (i) Eskom once the Transmission Unbundling is completed, and (ii) the South African electricity market in general?

As set out in the Roadmap, the Government of South Africa has indicated that it will look to work closely with Eskom’s management and all of Eskom’s stakeholders to ensure that, in the future, Eskom is able to:

The Roadmap sets out the Government’s long-term strategy for the electricity market in South Africa and the Eskom group is expected to continue to play a key role in it once the Transmission Unbundling (as well as Eskom’s wider turnaround plan) has been completed.

The suspensive conditions include, amongst other things, Eskom obtaining the required consents from financial creditors and NTCSA obtaining the relevant licenses required to operate from the National Energy Regulator of South Africa (“NERSA”).

Discussions with creditors are ongoing. NTCSA submitted its license application on 24 December 2021.

Eskom anticipates the suspensive conditions should be fulfilled by the end of Q2 2022, although this assumes those creditors whose financing agreements are affected by the Transmission Unbundling will provide their consent to allow it to be implemented in that timeframe.

As noted in the Presentation, Eskom is currently engaging with creditors where the relevant credit documents indicate that consent is required for the purpose of the Transmission Unbundling. In particular, Eskom is formally seeking consent from lenders under approximately 20 loan facilities, primarily DFIs and ECA-backed facilities, for the purpose of the Transmission Unbundling. Eskom considers the consent of these creditors to be required based on a legal analysis of the specific terms of the finance agreements entered into with these creditors.

Nevertheless, Eskom recognises the importance of keeping all its creditors and stakeholders fully informed, and accordingly Eskom will continue to update all its creditors on the progress of the Transmission Unbundling and Eskom’s turnaround plan more generally, including through further global investor calls. Eskom will continue to engage with its financial creditors based on the following principles: (i) transparency and clear communication, (ii) good-faith efforts for a collaborative process; and (iii) fair treatment across creditors.

7. Save for consent from certain financial creditors, are there any other consents that need to be sought for the Transmission Unbundling (for example from commercial counterparties)?

For any contracts governed by South African law, the consent of the counterparties is automatically deemed to be given pursuant to section 116 of the Companies Act, No 71 of 2008.

8. Please provide more detail on NTCSA and how it is intended to operate. For example, who will be appointed directors and management of NTCSA, and what will NTCSA’s governance structure look like?

Upon the consummation of the Transmission Unbundling, NTCSA will become operational and will, among other things:

There is a process underway to appoint the directors of NTCSA. The composition of NTCSA’s board will be appropriately structured to recognise Eskom’s control whilst ensuring the Transmission division’s independence. All existing staff within the Transmission division located at Eskom will be transferred to NTCSA in terms of Section 197 of the Labour Relations Act.

9. Will Eskom continue to provide services to NTCSA following the consummation of the Transmission Unbundling? If so, on what basis/pricing?

It is currently intended that there will be a shared services agreement between Eskom and NTCSA. For efficiencies of scale, certain functions relating to the Transmission division, such as the Shared Service, Real Estate and Information Technology functions, will continue to reside at Eskom and be provided to the entire Eskom group. Any such transactions will be priced as “arm’s length” transactions.

10. What will the operational and financial relationship between Eskom and NTCSA be following the consummation of the Transmission Unbundling

NTCSA is a wholly owned subsidiary of Eskom, and it will have an independent board appointed by Eskom. NTCSA, as part of the Eskom group, will receive shared services functions from Eskom. The Transmission System Operator (“TSO”) is required to treat Eskom (which will retain the Generation and Distribution divisions following the Transmission Unbundling) independently and transparently. In terms of electricity trading, Power Purchase Agreements (“PPAs”) will be established between individual Eskom power stations and the TSO, and a Power Sales Agreement (“PSA”) will be signed between Eskom’s Distribution division and the TSO. The PPAs and the PSA are, however, hedged back to NERSA approved allowed revenue relating to each of the entities. The individual power stations and the distributor will participate in the “internal day ahead” competitive market, which is proposed to develop as the national electricity market in the future.

11. What will NTCSA’s revenue model be? Has the tariff formula for the Transmission division been determined?

NTCSA applied to NERSA for transmission, trading and import and export licences on 21 December 2021. NERSA responded on 15 February 2022, stating that it is available to engage with NTCSA on the contents of the licence applications, and such engagements are yet to take place.

If the licence application is approved, a regulatory framework for NTCSA will also be approved.

NERSA will make revenue determinations in accordance with prevailing NERSA methodologies. The [revenue/licence?] applications are made in accordance with the Electricity Regulation Act, 2006 which requires an efficient licensee to recover efficient costs and a fair return. Presently the revenue applications are made at an Eskom level, rather than by NTCSA. These will continue until the NERSA methodology changes.

It is worth noting that NERSA is in the process of developing new pricing methodologies for determining future revenue applications by all licensed entities.

12. What does the Transmission Unbundling mean for Eskom’s employees and the existing Eskom pension plan?

The transfer of employees from Eskom to NTCSA will be regulated in terms of Section 197 of the Labour Relation Act. Employees’ conditions of service will not change and all accrued benefits, such as post-retirement medical aid, will be transferred to NTCSA.

NTCSA will be regulated by NERSA in terms of its transmission facilities, import/export and trading activities. All existing compliance requirements including PFMA will continue to be applicable to NTCSA.

NTCSA will continue with regular internal and external audits; training of staff and will apply vigilance and focus on rooting out crime and corruption.

14. How will the Transmission Unbundling affect existing agreements with the Southern African Power Pool to trade electricity, and which entity will assume the different contractual elements?

Following the consummation of the Transmission Unbundling, NTCSA will perform the role of international trader currently carried out by Eskom for the Transmission business and will become an operating member of the Southern African Power Pool arrangements. NTCSA licences will include activities related to import/export to enable the cross-border trading function currently carried out under the Transmission business in Eskom to continue. The necessary contractual notifications and arrangements with respect to counterparties will be put in place prior to NTCSA becoming operational.

15. What will the priority capex for NTCSA be?

NTCSA will be responsible for and is prioritising network strengthening and refurbishment. In addition, NTCSA will prioritise expanding its network to allow for increased access by all current as well as future suppliers and customers.

21. What is the overall plan to restore Eskom’s balance sheet to a more sustainable level? What is the timeline envisaged and the anticipated impact of this on Eskom’s creditors?

Eskom acknowledges the conclusion in the Roadmap that its current level of debt is unsustainable in the long term and that it needs to address this. While the Transmission Unbundling will not directly address Eskom’s balance sheet, Eskom believes that it will allow for greater transparency, management focus, and efficiency improvements and will ultimately be part of the solution that will help to serve Eskom’s financial sustainability in the long-term.

As Eskom continues to progress in implementing its turnaround plan in accordance with the Roadmap, it is exploring solutions to ensure its financial stability and sustainability, and as noted in the South African Government’s 2022/23 budget, Eskom is working with the National Treasury on a sustainable solution to deal with Eskom’s debt in a manner that is equitable for all stakeholders. Eskom will engage with its financial creditors and stakeholders on this topic, and communicate the contemplated options and envisaged timeline at the appropriate time.

22. Eskom has publicly announced its intention to raise funds to deliver on its renewables strategy. At what level in the Eskom group would this additional capital likely be incurred, and where would this fit into Eskom’s capital structure?

The South African Government is currently reviewing Eskom’s COP26 funding and will in due course decide on the appropriation of these funds. Eskom is planning to repurpose power stations to be decommissioned soon, and some of the COP26 funding will be used for this purpose. Eskom will use COP26 funding to invest in renewable technologies, including battery storage. The South African Government has assured Eskom that the bulk of COP26 funding is for Eskom and will be guaranteed through the sovereign. The funding will not just be used for renewables, Eskom has also put forward projects that will utilise this funding in its Transmission and Distribution divisions.

The details still need to be worked out and a presidential task team has been set-up to manage the process.