The latest buzz in structural reform-hungry South Africa is that President Ramaphosa is planning a Cabinet reshuffle. While well and good in theory, substance should take precedence over theory.

This is to say, would the proposed reshuffle simply entail moving around politicians who believe the state should continue to direct and shape the economy, or will people be brought in who understand that real, positive reform would require the elimination of as many government-imposed barriers to wealth creation as possible?
This is not to say that some generally superficial positive actions couldn’t take place. Replacing the Minister of Mineral Resources and Energy, for example, with someone who will progress something as simple as gazetting the amendment to Schedule 2 of the Electricity Regulation Act, to lift the threshold for companies to produce their own electricity without a licence up to 100 MW, would be a great step in the direction of electricity reform.

However, for as long as the underlying philosophy focus remains, only the government can ‘create’ growth, or the government can solve our problems, we just need to get the ‘right’ people in place, South Africa will continue down the road of low growth and increasing unemployment.
South Africa is greatly dependent on foreign capital. For all the regular protestation and outrage to the contrary, without serious capital formation and investment, you do not get business formation and further, no seriously meaningful levels of job creation.

And while there will always be some level of foreign investment – after all, with higher risk comes the chance (however slight) for higher rewards – the country’s current economic climate will not attract great enough levels of investment. Unfortunately, our government-centricity and stratified economy mean that we probably will not attain transformative levels of GDP growth anytime soon.
According to data published in 2020 by the University of Cape Town Liberty Institute, South Africa’s middle-class has declined from 6.1 million to 2.7 million individuals between 2017 and June 2020 – a 55.73% reduction.

Perhaps most concerning, the number of ultra-poor persons – earning below minimum wage – increased by 6.6 million individuals. Surely, this is not the kind of radical economic transformation that South Africa should aim for?

Positive transformation means more wealthy people, more people with jobs, more people able to save and invest in their own and their children’s future – not more people stuck in the unemployment and poverty trap, and increased numbers forced into dependence on the state, in the form of various grant schemes.
The government’s debt-to-GDP ratio will likely breach 100% in the next three years – with a junk credit rating, repayments on debt are all the higher.

More economic oxygen is used up repaying the interest on debt, never mind actually cutting into the debt itself. If the majority of economic output is consumed by government salaries and spending, growth in any substantive form will remain pretty much non-existent.

A prohibitive business and entrepreneurial environment ensures that fewer and fewer people want to even contemplate the risk of starting a business – and thus the chances of increased job opportunities diminish.
Through higher inflation, the worth and purchasing power of people’s earned income and wealth declines – for people in the lower-to-middle-classes, their money does not go as far as it previously did.

Add to this destructive government policies and practices that discourage business formation and wealth creation, and we should not be surprised that things are as bad as they are at present – and may well continue to worsen.
South Africa’s riding of the commodities boom wave will only last so long – in time, the structural problems in the economy will once again be exposed. The currency has performed well, but this is mostly due precisely to commodities performance.

Strong institutions, such as the Reserve Bank, can only take the country so far. They cannot create substantive growth out of nothing; South Africa cannot rely on grants, and yet more punitive taxes on higher-income earners, to ‘redistribute’ citizens into prosperity.
On the face of it, a Cabinet reshuffle will not do much to alleviate South Africa’s economic problems. What is required is a radical shift in thinking, away from a command and control economic mentality to one that is pro-economic freedom: Repealing anti-transformation, anti-job creation labour regulations, providing tax exemptions to small-to-medium enterprises, ending the state-enforced monopoly in electricity generation and distribution, and outsourcing the processing of mining rights and permits to the private sector, are just a few examples of what is needed.
Without radical, pro-individual freedom reforms, our economic freedom ranking is unlikely to improve (in the latest edition of the Fraser Institute’s Economic Freedom of the World report, South Africa was ranked 90th out of 162 countries, a drop from 58th in 2000).

As more countries (hopefully) make progress against COVID-19, businesses and investors will seek out those places with fewer barriers to investment – and while in the short-term they may think they’ll get better returns in South Africa, long-term risks and the fact that government generally chooses the path of more controlling policies, will discourage them. Despite all the lofty rhetoric from government, the fact is that, at present, South Africa is not attractive for investment. 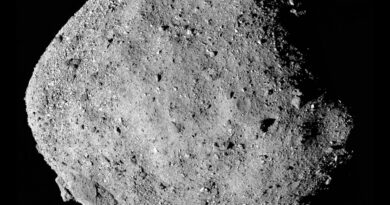 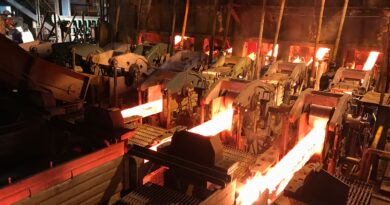